Risk advisers can learn not only from their own mistakes but from the mistakes of colleagues as well.

The way I approach my clients' claims needs in 2015 is markedly different from how I approached them in the past.

I had always prided myself on personally handling my clients claims rather than passing them on to the life office.

But did I do this to the best of my ability at all times?

There is a view in the marketplace that advisers don’t get paid for assisting their clients when an unexpected accident, illness or death occurs. As such, the focus is on “new business” and being paid in the “now”. Of course, we all have ongoing business expenses and the need to feed our families, but so do our clients.

The ongoing renewal commissions from existing life office in-force premiums are often conveniently ignored. Yet renewal commission is also referred to as 'servicing commission'. And when would be one of the most significant circumstances in which to offer 'service' to your client? When they claim.

My real-life example is a client I had on the books for 15 years. From my estimates, I had been paid around $4,800 renewal commission over this time.

I had conducted one review with the client and all other review 'offers' were not taken up by them. I also assisted with a change in bank details – in the days when an adviser could actually phone such details through to the life office.

In mid-2009, this long-standing client’s wife contacted me asking if her husband could claim on his TPD benefit.

The short answer was no, but that wasn’t my decision to make.

'Fred' had been a hairdresser for 30 years and had developed arthritis in his shoulder relating to his 'cutting arm'. He could no longer cut hair, but his business could have continued with him managing it. He chose to sell the business.

He then elected to help out at his wife’s chicken shop.

I notified the insurer, asking them to send me a claim form. They sent it direct to the client three weeks later. Three months on, after sending the client to two specialist physicians, the life office inevitably declined the TPD claim.

As the policy wording was 'any occupation' (that is, based on training, education and experience), clearly Fred could still have worked in the hairdressing industry. He was also performing work duties at his wife’s chicken shop, hence he was not prevented from working in any occupation for the 'old' six-month qualifying period.

When I last spoke to Fred’s wife in late 2009, she said he was [naturally] very upset and wanted to cancel the policy. I advised against prematurely cancelling, saying it would not be a sensible thing to do especially if his arthritis condition intensified. I explained that if his condition did significantly deteriorate she or Fred should immediately get in touch with me, as it might be appropriate to reactivate the claim. They reluctantly agreed to keep paying the monthly premiums.

I then put the file away and forgot about it. That was my big mistake.

In July 2011 I received a phone call from Fred’s wife to say they were upset that the life office would not refund their premiums going back to 2009 after having just been paid out a TPD benefit in June 2011.

Indignantly, I asked why she hadn’t called me before going direct to the life office. She explained she’d been in conversation with a friend who suggested Fred and her go see a no-win, no-fee' lawyer. She said she hadn’t thought to ring, since they hadn’t heard from me since 2009.

Here was the first consequence of my big mistake.

What would it have taken for me to send a courtesy email or letter each year, reminding them to contact me if Fred’s condition worsened? I was being paid around $400 a year renewal commission. It would have cost me 10 per cent of this amount.

Long story short: Fred’s arthritic condition had significantly deteriorated and by early 2011 he fulfilled the 'any occupation' TPD definition under his policy. The lawyers went direct to the life office, and due to our wonderful privacy provisions, I was excluded from the reinstated claims process.

This was the second consequence of my big mistake.

After obtaining written approval from Fred, I sought the claims documentation involved. I explained to Fred’s wife that the life office only refunded premiums from the date of admitting liability and there would be no refund prior to that date.

I also pointed out the sum insured had indexed twice since 2009 and Fred was receiving 10 per cent more of sum insured than he would have been entitled to in 2009. Had they cancelled the policy in 2009, they would have received nothing in 2011.

The moral of this story is blatantly obvious. We have a duty of care on top of a best interests duty to all our clients.

Had I acted with greater concern for my clients’ needs and stayed in touch each year with them, there was a very good chance they would have come back to me in early 2011. I would have reactivated the claim and the very same result would have occurred. The only difference being the client would have retained nearly $250,000 of their tax-free TPD payment [non-super owned] as opposed to less than $200,000 after the lawyers got their hands on the “pot of gold”.

As far as we are concerned, our clients’ renewal commission income is now viewed [in part] as an advice “reserve” to fund our 100 per cent involvement in every single component of every client's claim.

Learning from my mistake, I have personally assisted several clients since July 2011, including a death claim settled within three weeks from first notification to the life office and a trauma claim paid out within four weeks of initial notification.

My personal involvement made a big difference. And it also resulted in new client referrals.

Since 2013, life offices have started to heavily market claims statistics and stories. If you’re new to the industry and don’t yet have your own stories to tell, talk to the life office BDMs.

If you do have an established book of business and client claim stories to tell, but haven’t been active in the claims process with your clients to date, here’s an opportunity to do so. Whilst I didn’t set out to gain client referrals and write new business from supporting my clients all the way through the claims process, I’m pleased with the unexpected financial benefits from doing so.

I will not make the same mistake twice.

Phil Smith is a director of Dawes Smith & Partners 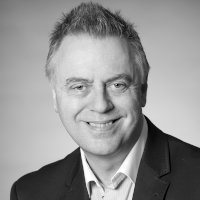