There are two major stumbling blocks preventing many advisers from embracing the sale of risk insurance, and as a consequence it is impacting the problem of underinsurance.

It has always intrigued me that many advisers don’t spend more time in the insurance area. In fact, as the opportunity presented itself I always enquired, particularly with the newer advisers, as to why they didn't have a greater focus on risk insurance.

Many said that because of the time-consuming underwriting process, which sometimes leads to the insurance application being declined, they would rather stick to selling investments where they didn't encounter such roadblocks. Others have also frankly mentioned that they just find it too hard to sell life insurance.

So, why do some advisers find it so hard to sell life insurance?

In talking with these particular advisers, I found that there were two major reasons behind this reluctance:

My somewhat simple response to these two reasons was that, first, everyone’s chances of dying are 1:1. It’s never a case of 'if', always a case of 'when'. I suggested that they might design a series of penetrating questions that allow the development of a 'death and dying' discussion. For example, in the context of discussing one’s assets and liabilities, or current standard of living:

Secondly, I would suggest from my experience that people don’t buy life insurance because they’re going to die, but rather so that others might live. Therefore it’s a 'character' purchase. All the adviser needed to do was find people who believed in their own mortality and who loved their families!

I believe there are two major stumbling blocks preventing many advisers from embracing the sale of risk insurance, and as a consequence impacting the problem of underinsurance. In the first instance, some compliance, media and dealer group influences have promoted a mindset that selling and professionalism are mutually exclusive.

Rather, I believe that professionals are defined not by the businesses they are in, but by the way they are in business. That has been my experience – that is also my belief.

This blog is based on some of the ideas contained in Russell Collins’ book, Skills that Succeed.

Russell Collins is the principal of Risk Insurance Communication Skills. 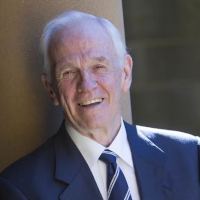