Imagining the future of life insurance

For more than 200 years, life insurance was effectively sold as a bundled up protection and investment contract called a Whole of Life or Endowment Policy.

With the advent of a multitude of new investment options over the past 30 years, unbundling policies as they traditionally stood became more commonplace.

We began to see them predominantly sold purely as a risk product, like property and liability insurances.

In either form, much reliance is placed on the integrity and financial security of the party making the promise to pay out the sum insured when the insured circumstances arise.

Most regulation has therefore focused on the financial security of the insurance provider, and the enforceability of policies, rather than sales practices.

This has largely been left to insurance providers' self-determination and self-regulation.

There is no denying that the average consumer sees life insurance as a grudge purchase: its sole purpose is to fill a financial gap should catastrophe strike.

Being a grudge transaction, it is rare for a consumer to be proactive with this purchase, let alone obtain protection to a level sufficient to accurately satisfy their true needs.

It has long been an adage of the industry that life insurance is sold rather than bought, with it relying on a vigorous sales process.

As someone who joined the financial services industry as a life insurance agent in 1981 (and insurance sales manager from 1983), I vividly recall the sales training regime: barely a two-week course in product knowledge and sales technique, followed by the compilation of a list of 100 ‘warm contacts’ who would be your first ‘prospects’ in testing your rudimentary skills.

I recall the sales courses were run year-round, and failure rate was extremely high.

I was extremely uncomfortable going out to my list of 100 family and friends. I chose to simply cold call strangers, knowing that I would have to deal with an enormous rejection rate. Despite my meagre results, however, I did survive and was offered a sales management role after my second year.

Fundamentally, the lesson learnt here is that poor knowledge and poor sales skills, when applied to family and friends, are clearly not in their best interests, and when applied to strangers, rarely reap impressive results.

Perhaps as someone in his twenties with no liabilities and no financial dependants, I was lacking the required conviction in the merits of the product. I do, however, know that my training was far from satisfactory and only promoted a transactional, sales-based culture where hefty commissions were a necessary reward in a very hit or miss sales cycle, home to high rejection and product lapse rates.

Insurance advisers have now gravitated from agents of the insurer to representatives of a Financial Services Licensee (where advice standards are more rigorously supervised); however, product and remuneration structures have remained largely untouched from those bleak days.

I Googled “financial advice scandal” and was presented with around 1,800 responses, most with big bank names alongside brands like Storm, Westpoint and Great Southern.

The crux of these problems is high commissions and poor sales practices.

Is it any surprise that after all of this, the life insurance industry (made up of the usual suspects) persists in distributing products the old fashioned way? Is it poor judgement or just poor oversight?

It is little wonder that many in the planning, advisory and brokerage community are “addicted” to the practice of churning. From a client perspective, the churn costs are horrendous; meetings, advice documents, quotes, lengthy application forms, blood tests, medical reports, underwriting assessments, just to name a few.

What is the result?  Merely a replica product with immeasurable hassle, all so somebody can reach a sales target and get another 120 per cent commission.

That’s why the Trowbridge Report provides a much-needed review of these sales practices.

Findex, Australia’s largest non-aligned financial planning advice group, has no issue with its recommendations, but feels that they have not gone far enough to expunge the system of poor and outdated practices.

We have long said that client best interest, simplicity and transparency should be the guiding principles underpinning any industry reform.

We strongly argue it makes most sense to simply have one clearly enunciated fee for service for advising on and arranging a life insurance policy. If there are hidden benefits, the adviser is failing the client. If the fee is justifiable, it should be clearly visible.

The embedded commission concept reeks of an unnecessary and less than open transaction and would seem to be the anathema of industry reform.

Findex has been actively working with its insurance providers to bring to the market life insurance products that facilitate simplicity and transparency for consumers, something which should be embraced and regulators should welcome.

At a time when most interested observers believe that the Australian population is underinsured, it would seem evident that the best way to achieve the desired level of coverage would be to be open and honest with the consumer.

All in all, we commend the regulators for initiating the Trowbridge Report. What is required now is simplicity with all life policies written in plain language for all parties to precisely judge all the costs and benefits.

All advisers have a legal obligation to act in the best interests of their clients and I fail to see how anything other than a reasonable fee (much like general insurance brokers charge) can satisfy such a test.

Just as the future of financial planning will be non-conflicted advice over vertical integration, so too will be 100 per cent transparency in the advising on, and selling of, life insurance. It is not a question of if, but how soon.

Imagining the future of life insurance 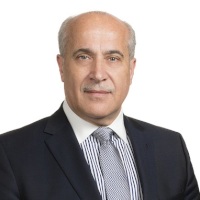