Advice businesses to get tax break

A significant number of advice businesses will be likely to take advantage of small business tax concessions proposed within the federal Budget.

Earlier this week, Treasurer Joe Hockey announced $5.5 billion of budget measures to encourage small businesses to “have a go”, including an immediate 100 per cent tax write-off for assets costing less than $20,000.

Also, businesses with a turnover of less than $2 million will be eligible for a tax cut of 1.5 per cent, down from 30 to 28.5 per cent, in a move the treasurer described as a “historic” initiative for small businesses.

Speaking to Risk Adviser’s sister title ifa, Forte Asset Solutions managing director Steve Prendeville said most Australian advice businesses are likely to meet the eligibility criteria, estimating that 90 to 95 per cent will have an annual turnover of less than $2 million.

Business consultant Michael Drage of Nakodo concurred with Mr Prendeville’s numbers, but added that advice firms structurally linked to accounting practices are likely to be sent over the $2 million threshold.

AFA chief executive Brad Fox warmly welcomed the Budget’s small business measures, telling ifa that, at a “rough guess”, at least 80 per cent of his membership would be eligible for the tax break.

“The Budget represents a realistic attempt to unfreeze the wheels of small business across the economy,” Mr Fox said in a statement issued this morning.

“This represents an incentive for financial advisers to bring forward changes to how they do business including office refits and technology upgrades.” 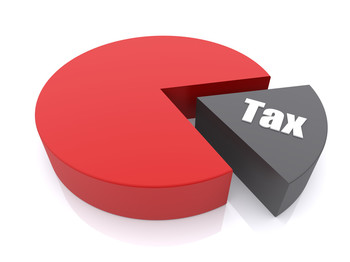 Last Updated: 19 May 2015 Published: 15 May 2015
risk
0 commentsjoin the conversation
risk
Are we offering the right advice?
H&R Block cautions on tax concession traps