Tips on term life cover: how to calculate the sum insured

Some advisers can fall into the trap of taking a simplistic view of recommendations for term life cover – the simplest to understand and least expensive type of cover.

In fact, there are many factors to consider when calculating the sum insured as well as selecting the appropriate product.

The sum insured is usually calculated so that, upon the client’s death, there is little or no financial disruption to the household.

Advisers consider a range of components including lost future income, debt, future expenses and funeral expenses. Total need is demonstrated by breaking it down into each component.

We won’t discuss every component of the sum insured here, but will delve more deeply into those areas of most interest and complexity.

Advisers understand that an appropriate way to determine the client’s lost future income is by calculating a present value of each future year’s income, taking into account a net investment return.

However, often advisers ignore the large salary increases that a younger client may potentially have compared to a client with an established career, whose salary may only increase by the Consumer Price Index (CPI).

Allowing for larger salary increases for younger clients may be more reflective of the true amount of lost future income.

In addition, there may be variation in income growth throughout a particular client’s working life.  Calculators will generally not allow for such variation, but an approximation can be calculated by using a suitable average rate of income growth, over the remaining working life of the client.

Superannuation contributions can also be included in the yearly lost income figure, as these will be lost along with salary, if the client dies before retirement.

The fact that the client’s situation will change in the future is also often overlooked.

For example, a parent who has been the homemaker for several years, may have plans to return to work. If that parent were to suffer from an early death or disability, this would not only increase household costs (to hire a nanny and housekeeper), but future income would also be lost.

4. Kids become more expensive as they get older

Child-related education costs can be a significant element of future expenses.

When the kids are young they are fairly inexpensive, but can become progressively costly over time, especially if parents want to educate them through a private school.

The national average for all private schooling costs from pre-school through to year 12 is approaching the half million dollar mark, with the NSW urban average close to $550,000^.

Furthermore, children grow up to be young adults at university, so increases in the cost of tertiary education should be considered.

Notably, we are currently in a political environment where the proportion of university fees that a student must contribute is uncertain.

If insurance proceeds are used to extinguish debt, then repayments are no longer required and hence income is not required to support it.

Therefore, the lost future income component can be revised down, if debt will be paid off.

However, if existing term life cover is offered on a unitised basis through superannuation group insurance (eg. industry super funds), this sum insured will reduce over time.

Advisers need to be aware of this and should also consider whether the existing product is appropriate for the needs and objectives of their particular client.

There are also other limitations to keep in mind with group insurance, such as possible pre-existing condition exclusions and cancellable cover.

Advisers should consider whether existing group insurance cover through super is appropriate.

If so, the proposed cover can be recommended in addition to existing cover. If not, a retail policy may be the best solution for the client’s total needs.

To ensure consistency and completeness when deriving the term life sum insured for clients, general principles should apply for all clients and all advisers.

These principles should ensure that basic components such as final expenses, debt, lost future income and future expense changes are included.

Tips on term life cover: how to calculate the sum insured 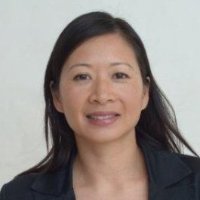