The suggestion from Trowbridge and the FSC to limit the amount of money insurance advisers can charge goes against the theory of our entire system.

Politicians have described the Financial System Inquiry as a blueprint for an “efficient, resilient and fair” financial system over the next 20 years. This is a goal which is worth achieving but it must be achieved through substantive reforms that deliver on the objectives.

The Future of Financial Advice (FOFA) Reforms were debated and lobbied for a number of years. Late last year these reforms were enshrined in legislation.

As part of the FOFA recommendations, commissions on investment products were banned but insurance was excluded given the different dynamics of that market. Importantly, the legal requirements such as best interest duty regarding the advice apply to risk advice as well as to any other form of advice.

FOFA changes will lead to much greater obligations for the financial adviser and leave the client with a far easier to path to restitution should this not be the case.

Now that the law has been settled we are at the stage where it should be given time to see what changes it has on behaviour within the advice industry.

Another area that has captured the attention of media, lobby groups and politicians is the professional, ethical and education standards for those that are providing financial advice. Most sentiment is designed around more education and a larger role for professional organisations.

This being the case the overall question could be how do we attract a better “educated, ethical or professional person” to join a specific industry?

The one way we don’t do it is by regulating the income these people can earn in a way that Communists would have been proud of.

The suggestion from Trowbridge and the Financial Services Council to limit the amount of money anyone giving insurance advice can charge is something you will not find in business or finance text books.

Surprisingly, Trowbridge states “the Initial Adviser Payment (IAP) is capped to deliberately fall short of the estimated cost to implement”. Maybe insurance advisers will be able to register as a charity to attain a favourable tax status for such benevolence?

Given the nature of insurance advice and the sales process I don’t have an issue with the upfront commission structure. However, if the insurance companies need to change the mathematics than I would suggest a hybrid model would probably be found satisfactory by most advisers.

Given the requirements of FOFA and, as has always been the case with the duty of disclosure for such commissions, I would say the current system for advice is “efficient, resilient and fair”.

Assistant Treasurer Josh Frydenberg is aware that regulation can have unintended consequences and as such has stated “appropriate reform, made as soon as possible, must be led by the industry itself”.

He went on to say “The Government will be a willing reform partner with the industry if the industry is prepared to adopt genuine solutions”.

It is now up to them to prove that such a leadership role is both warranted and they are capable of delivering on such.

Given the big financial advice scandals have been Storm, CBA, Macquarie, NAB and now ANZ, maybe the system should be looking at the part played by the vertically-integrated model? Sure, some of the advice practices in these were dubious but so was the management and the overseeing of these processes.

This demonstrates that when a corporate has to sell product then it becomes difficult to manage the conflicts of interest so the client remains safe.

This being the case, the part played by the Independent Financial Adviser (IFA) should be crucial in the system going forward. Once again recommendations to make the IFA business model uneconomic is counter to the outcome they actually want to achieve. 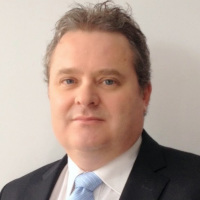