The advice force needs to unite in response to the Trowbridge Report and place the consumer at the heart of this debate.

He goes further to suggest that the lower and middle-income earning families will be the ones that are most impacted by the lack of access to advice, yet he recommends far reaching changes to remuneration that are not evidence-based.

The risks of implementing Mr Trowbridge’s recommendations to Australians are far greater than the benefits touted in the report which are largely suppositions.

Comments in the report suggesting that life insurance was excluded from recent transformational reforms are ignorant and irresponsible.

Life insurance advisers have the same regulatory obligations as all financial planners and these are enshrined in the Corporations Act.

The comment that the industry has “dented its standing following a series of instances of poor advice” is also inflammatory and misguided.

The recommendations ignore the successes of the life insurance industry at large - it was successful last year in delivering in excess of $6bn in claim payments to Australian families during their time of need.

The advice force needs to unite to balance the scales in this debate, with a view to placing the consumer at the heart of this debate.

Any changes to remuneration need to ensure that the underinsurance crisis is not deepened.

The time has also come for the insurers to reveal their involvement in shaping this report and declaring their support for the IFA market. 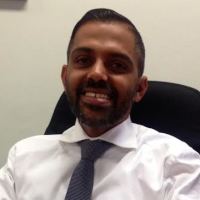