In its submission to the Life Insurance and Advice Working Group, the lobby group said underinsurance has persisted despite commissions being an almost “universal feature” of the insurance industry since its inception.

“There is no evidence that sales commissions lead to or are necessary for higher levels of insurance coverage,” ISA said in its submission.

“The argument that commissions are necessary to solve the underinsurance problem can only be seen as a self-serving justification to maintain a very profitable remuneration structure.

“Moreover, the presence of highly profitable commission structures has prevented innovation and competition in the insurance industry that would drive an increase in insurance coverage within the Australian population,” the submission said.

ISA also urged the working group to reconsider its position on allowing commissions to remain inside risk advice arguing a non-commission arrangement needs to be considered.

“The interim report’s acceptance that the status quo must change is welcome,” the submission said.

“However, dismissing a no-commission arrangement as a potential option ultimately prevents proper consideration of the one measure that can deliver long-term effective reform – a ban on all conflicted remuneration,” it said.

The lobby group instead suggested that “behavioural reasons” – similar to those which lead to “low levels of retirement savings” – along with low levels of consumer trust are the causes of Australia’s levels of underinsurance.

The submission follows a survey of advisers which found a majority believe commission payments are helpful in assisting with underinsurance. 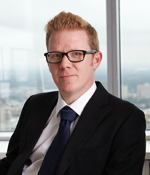