A number of recent court rulings have highlighted the fact that the courts, regulatory authorities and the community alike continue to expect an increasingly high level of professionalism from our industry.

The wide interpretation by the courts of the statutory ‘best interests’ duty of care owed to clients is raising the bar in terms of the level of communication and explanation required of advisers.

At the heart of the matter is the fact that more than ever before, advisers must have a thorough understanding of the risks and vulnerabilities in each individual client’s business and personal circumstances.

Even when clients themselves do not highlight these risks, it is incumbent on every adviser to identify, quantify and explain all possible risks, particularly when switching policies.

Risk management plans must be comprehensive, fully documented and fully explained. The responsibility of the adviser goes far beyond providing clients with a lengthy statement of advice which may not be fully understood.

Instead, it requires a full explanation of the scope of risks faced and the chosen path of risk management. It also means ensuring that the client understands the portion of risk transferred to an insurer, and that which remains with the client.

Given that the penalties for not meeting expected standards can have dire consequences in the form of expensive litigation and potential business disaster, understanding the implications of recent decisions is crucial.

Acting on the advice of a Commonwealth Financial Planning adviser, a client switched from a Westpac policy to a policy issued by CommInsure.

CommInsure refused to honour the policy on the basis that the client’s history of alcohol consumption had not been disclosed. The right of CommInsure to refuse the policy was not in question.

The estate brought action against the adviser and the dealer group for compensation for the loss, being the amount that would have been paid under the Westpac policy.

The estate argued that the adviser had engaged in misleading or deceptive conduct in that he had failed to alert the client to the provision of Section 29(3) of the Insurance Contracts Review Act.

Section 29(3) precludes a life insurer from avoiding a contract for reasons of non-disclosure after a period of three years, unless the non-disclosure is fraudulent.

In this case, the original Westpac policy could not have been avoided, despite the client’s history of alcohol consumption, because it had been in place for over 3 years.

The Court held that because the adviser failed to explain the possible consequences of switching policies, and therefore his conduct was misleading or deceptive.

The client had a number of different insurance needs which were fully identified in a Statement of Advice (SOA).

The Authority to Proceed, on the other hand, specified only a limited amount of cover. This limited cover was implemented.

The client suffered an accident, and claim proceeds were less than expected.

There was no evidence to explain why the SOA differed from the authority to proceed and the cover taken.

The client brought action against the adviser for failing to ensure that the cover outlined in the SOA was put in place.

The court held that the adviser was negligent in that he had not addressed the consequences of the discrepancy between the cover outlined in the SOA and the cover taken.

The court also held that there had been contributory negligence on the part of the client, who had been notified of the amount and nature of the cover actually provided and had not alerted the adviser of the discrepancy.

Damages were awarded, but reduced due to the client’s negligence.

The client sought advice about changing an insurance policy he had held since 2004, as he was concerned about a substantial increase in premiums. He was advised to apply for a policy with a different insurer, which he did.

At the same time he was receiving treatment for a stomach complaint, believed to be minor, and which was listed as ‘resolved’ on the application for the new policy.   During the application process, the client undertook medical tests and was diagnosed with pancreatitis. After this diagnosis, the new policy was issued and the old one cancelled.

The client eventually made a claim under his new policy for terminal pancreatic cancer. The claim was avoided due to non-disclosure. The right of the insurer to avoid the claim was not in question.

The client sued the adviser for the amount of the benefit he would have received had his original policy not been cancelled.

The client alleged that the adviser had been negligent in not informing him of the ongoing nature of the duty of disclosure, the three year non-disclosure rule and for describing the stomach complaint as resolved, when it was not.

The client also alleged that the adviser did not make sufficient enquiry as to the state of health of the client prior to cancelling the original policy.

The adviser was held not to be negligent on the first three counts, as the court found he had informed his client of the duty of disclosure and the three year rule.

However, the court held that the adviser had not made sufficient enquiry as to the client’s state of health before cancelling the original policy.

The client was held to have contributed to the outcome by not informing the adviser of the results of his on-going medical tests.

Damages were reduced by 50 per cent. 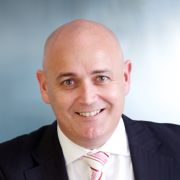