Asteron Life has ended relations with 134 advisers that were found to be moving significant amounts of business away from the Suncorp-owned insurer.

Having told delegates to the AFA conference that product providers should take greater responsibility for the findings of the ASIC risk report, Asteron executive general manager Jordan Hawke says the insurer is now taking action.

“Like every good story there are some villains; and this story is no different,” Mr Hawke told ifa, following an Asteron adviser roadshow in Sydney last week.

“We identified 134 advisers that won’t feature in future chapters of our book.

“They had been substantially eroding our portfolios by moving significant amounts of business away from us so we have ended the relationship.”

Asteron Life has contacted the 134 advisers – all but one of which came from outside the Suncorp advice network – as well as their licensees to inform them of the decision, as well as writing to clients to “remind them of the value of their current insurance”.

However, while the action focused primarily on advisers that moved money away from Asteron, Mr Hawke said the entire life insurance and advice industries have a responsibility to fix the churning problem.

“Our villain is currently someone else’s hero,” Mr Hawke said. 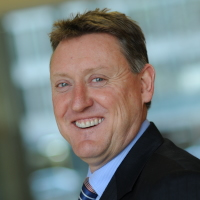