Where the similarity between the disciplines becomes apparent is through what is required of every participant and what is left to the individual to interpret. For example, things like what key you’re in, what timing to use, note and rest values, and so on, are all non-negotiable directions for the musician. Other directions, for example the pause, which indicates to the musician that they can hold a note for as long as they wish, are guidelines.

Similar things are true in financial services. As non-negotiables, we have the laws that govern the industry, and guidelines like regulatory guides and past experience.

While the laws are clear and include The Corporations Act, Common Law – Equity and Fiduciary Duty, the guidelines leave a little more to the adviser’s discretion.

These guidelines include what I’d call ‘greatest hits’ like RG 175 but there are also some more obscure, or ‘B-Side’ tracks, including RG 36 that talks about when advice has actually been given.

Other guidelines include precedents. They were developed as part of the common law of Equity and are a major guiding factor in court rulings; once issued, they provide guidance for future occurrences. Think of precedents as the cover bands of financial services governance.

However, there are also some things which might straddle both non-negotiables and guidelines – the Code of Ethics in the manner it has been established, for example.

On the one hand, through its inclusion in the Corporations Act Section 921E - the Code of Ethics is non-negotiable, on the other, as a series of ethical standards, it’s a set of guidelines to be interpreted by advisers who come from different backgrounds with different experiences.

When thinking about compliance, there is room for interpretation, but advisers do need to be very careful.

Music is made up of both sounds and silences. What we need to remember is that where a silence might exist – that is, where legislation is not prescriptive – we don’t necessarily need to fill it with rules or regulations. We need to work with the silences we’re given to exercise our professional judgement and continue to work with government towards principles-based regulation.

It’s very important for financial advisers to get this right. If musicians ignore the non-negotiables, and are poor at interpreting the guidelines, the only consequence will be bad reviews; if advisers do the same, they will likely end up facing regulatory action or possibly the courts. 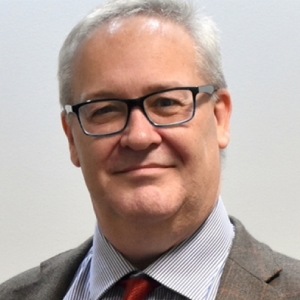 The financial services and advisory firm has confirmed the news. ... Fintech slapped with fine for false and misleading marketing

Squirrel Superannuation Services has been ordered to pay a $55,000 penalty for false and misleading marketing. ...

Just over 40% of advisers pass May exam