As we move forward into 2022, I have to say that in relation to attracting new entrants to the financial advice profession, I think this year we’ll start to turn the corner.

There are a few reasons for this. First of all, financial advice is regaining community respect. The public and the press are recognising the value that advisers deliver, especially in times of trouble, such as the past two years of the COVID-19 pandemic. We are therefore again becoming an industry people want to join.

Secondly, the government is consulting with the industry on education pathways to a career in financial advice. New entrants need to complete a degree with at least eight units in a related field of study, however, the government is proposing to broaden those fields of study.

This is a great idea because while I do think some people consider studying for a career in banking and finance when they finish their VCE or HSC, I still don’t think many 18-year-olds wake up and say, “I think I’ll become a financial adviser”. It’s a career that often develops after people have had experience in, and qualified for, another usually related, field. If the fields of study were broadened, it might make the educational transition for these people a little easier.

Another thing that may address the exit of advisers and perhaps also encourage young people to join the industry, would be to separate the disciplines of risk advice and financial planning, which is something Synchron has long campaigned for. It doesn’t make much sense to us for risk advisers to be subject to the same obligations as financial planners, if they will only advise on personal insurance.

We think there might also be movement at the station on this issue. At the Association of Advisers (AFA) conference last year, Labor MP Stephen Jones said: “We don’t need life advisers being trained in stockbroking, it is not essential to their job, in the same way that stockbrokers don’t need to know about life insurance.

The fact that the Quality of Advice Review has been expanded to look at not just the quality of advice, but what advice is, hints that the government may also explore the possibility.

There are also signs that the government may loosen some of the red tape that has been strangling the industry for the past 10 or so years – although there is, of course, still more work to do, particularly around reducing costs.

These are the things that are happening at a big-picture level. The question I think we, as members of the financial advice community, need to ask is, what can we do to make our own profession more attractive to younger people?

Sixteen or so years ago, a quick review of Synchron’s demographics showed us that the average age of our advisers was 59, against an industry average of 58. We were going to be faced with the prospect of losing our adviser force within five to 10 years. Frankly, we couldn’t afford it.

First, we navel-gazed, to understand why we were not viewed as a suitable home for younger advisers. The uncomfortable answer was that we had become a country for older advisers. While we certainly did not want to lose these very valuable advisers, we felt we could reinvent Synchron so that younger people did want to join us.

Our first challenge was to discover what younger advisers wanted from a licensee. Sixteen years ago, young advisers were Gen X, today they are Millennials.

A 2017 Australian discussion paper, Raising the bar: Australian Millennials in the Workplace by Haworth reported that broadly speaking, young people want the same things as previous generations, that is: “interesting, well paid, stable employment in a stimulating modern environment where they can connect with people they like, trust, and who appreciate them.”

The paper suggested that young people prefer to work for organisations that value them and provide “choice, flexibility and opportunities for learning, growth and career progression”. They particularly value mentoring and want “a sense of purpose” in the work they do.

We discovered similar things 16 years ago. We knew that young people wanted a sense of community and to enjoy their education and training, as well as the work they did. We also knew that a career in financial advice could deliver those things – we just had to prove it to them.

So, we then looked at what youth organisations were doing that made them popular with their members. We discovered that many of them made learning fun by challenging their members both physically and mentally.

Inspired by this idea we launched Synchron NextGen.

NextGen is a kind of financial services boot camp for Synchron advisers, Synchron staff and financial services sales execs aged 40 or under. We usually host one every year, but had to postpone two because of COVID. The next one, all going well, will run in November at Halls Gap in the Grampian Ranges. There will be a series of physical challenges for participants as well as classroom-type learning sessions.

What will those sessions be about? They will, as I think they pretty much always have been, largely be about soft skills training that help young advisers build a business – in our world, this is a step towards helping them achieve, “well paid, stable employment”.

Making a good living is obviously important, not just for young people, but for everyone in this profession. And although some might shy away from saying it, we believe nothing in this world happens until something is sold.

In 2021, almost 28 per cent of our adviser force was under 40, and a total of almost 64 per cent was under the age of 50. The average age of our advisers is now 47 and our biggest cohort (36 per cent) is aged between 40-49. In 2010, our biggest cohort (almost 30 per cent) was aged between 60-69. We’ve managed to attract so many young advisers to Synchron that we’ve knocked 12 years off the average age and grown a younger cohort to be the biggest.

We reckon that if we can do that, the rest of the industry can too. 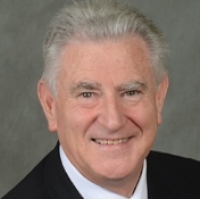 blogs
5 commentsjoin the conversation
blogs
How to choose the right technology for your advice business
What clients want: It’s all about the endgame