The biggest influence on investment returns in the September quarter was a clear ‘backing up’ of bond rates. Naturally, this is causing advisers across the country to reconsider the structure and longevity of their fixed income allocations.

Depending on who you listen to, it seems almost certain that rates will continue their march higher, so does this necessitate a change in course of balance portfolios?

From a macro perspective, there are three potential scenarios that advisers must contend with:

In the first case, it is clear there is a potential short-term pricing opportunity, with bond markets seemingly pricing in a complete return to higher rates despite central banks confirming their intention to do the opposite. In actual fact, in this environment advisers are likely to be better placed, and have potential for more reward, by pulling the ‘equities’ and real assets trigger, over pursuing a short-term trade.

In the event that rising yields are driven by a sustained improvement in economic fundamentals, strategic changes would best be considered. Naturally, an immediate reduction in duration would cauterise any downside risk, with a corresponding increase in floating and inflation-linked exposures. Similarly, in this environment where duration on passive strategies has extended, moving towards relative rather than absolute gains is the preferred source of action.

Despite protestations of the opposite, equities are likely to be well supported in an improving economy, as is credit.

The third scenario stands out as the biggest risk facing all but the most pessimistically positioned balanced portfolios. An inflation-driven repricing event, whilst carrying a low probability, would have a profound impact on most portfolios.

In my judgement, equity markets remain priced with limited attribution to this potential adverse event. In present circumstances, an overweight to credit and underweight to duration makes strategic sense. 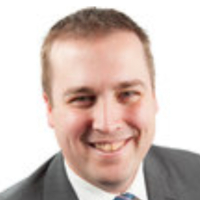 blogs
0 commentsjoin the conversation
blogs
COVID resurgence top of mind for financial advisers
Thinking about getting your own AFSL? Four important questions to consider