Can a new broom at the associations change the game for advisers?

Both the largest industry bodies in the advice sector announced leadership changes last month, indicating it may be time for a new approach to collaboration, advocacy and staying relevant to their members.

2021 has so far been a year of transition for the adviser associations, with former AFA chief Phil Kewin announcing in March that he was stepping down after leading the industry body through “what is undoubtedly the most challenging period the profession has ever experienced”.

Mr Kewin’s resignation was soon followed in July by that of FPA chief executive Dante De Gori, who has presided over the industry association for six years and been a divisive figure among ifa readers.

The moves may have been a sign of new things to come as dynamics continue to change in a transforming advice sector. The forthcoming introduction of the single disciplinary body for advisers within ASIC will remove the need for practitioners to be a member of an industry body as part of their licensing obligations, meaning industry bodies, like advisers, will need to find a way to more clearly articulate their value to the discerning and cash-strapped consumers they serve.

Whilst taking the mantle as acting CEO, the AFA’s general manager of policy and professionalism Phil Anderson noticeably stepped up the association’s pointed advocacy for its members, including taking consumer group Choice and a Labor senator to task for their anti-adviser comments. The AFA also emerged the winner of a recent ifa poll that surveyed over 2,000 readers around which association provides the best member value.

The industry body had a fresh face join its ranks this week with the appointment of former Law Society of New Zealand chief Helen Morgan-Banda as its new CEO. Ms Morgan-Banda herself presided over a tough period of change for the Law Society, with the industry body incurring a $3 million loss during her tenure and undergoing a significant restructure that saw a number of staff and senior leaders exit.

Additionally, the FPA has recently picked up its game with the development of its 2020 policy platform, which sensationally recommended the abolishment of the AFSL system in favour of individual registration of advisers.

What will be crucial for the new industry body leaders in order to properly win the hearts and minds of the industry, however, is collaboration. A constant source of frustration among the ifa readership is the lack of unity in purpose between the competing associations, and how this leads to confusion in Canberra and makes it easier for parliamentarians to divide and conquer.

This frustration is only building as waves of new legislation responding to the royal commission continue to roll in over the course of 2021. In the words of one adviser, “it seems that a consistent theme centres around sole practitioners not being heard or feeling as though they have a voice, with our industry bodies having their own personality crises. I’m not sure how/who/where to lobby or have my voice heard in any meaningful way.”

In the same poll in which the AFA claimed victory, when asked the question of which association presented the best value for money, almost 30 per cent of readers picked “other” – which leads me to suspect their substitute answer was “none”.

If they want to maintain relevance with members, industry bodies need to rally around a common purpose – whether that is through a merger or separate joint taskforce similar to that of the accounting bodies – and make their demands clear to government as it commences work on the 2022 Quality of Advice Review.

The dysfunction of warring factions of the industry, which has largely been put to rest by the exit of the big four banks from advice, has got to go – advisers need industry bodies to step up and fight in their corner for what really matters.

Can a new broom at the associations change the game for advisers? 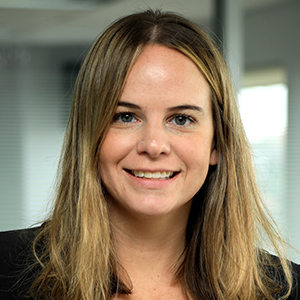 Making debt work for your clients