Sir Isaac Newton famously said that what goes up must come down. When it comes to interest rates, the reverse is also true, although those who’ve spent their adult lives watching them slide steadily towards zero could be forgiven a little scepticism.

Last year, as the COVID pandemic looked set to spark the country’s first official recession since the early 1990s, the Reserve Bank of Australia cut the interest rate to a record low of 0.25 per cent. Then, in November 2020, it reduced it still further, to 0.1 per cent, where it currently remains.

The availability of “almost free” money has contributed to a residential real estate boom that ANZ Bank has predicted will push capital city house prices up 17 per cent by year’s end – a boon for the Baby Boomer generation that’s grown rich, and is now growing richer, by making real estate the focus of their wealth creation strategies. It’s also kept prices reasonably healthy in the commercial space, while over in the industrial sector they’re white-hot and likely to remain so for the foreseeable future, as the online shopping boom fuels soaring demand for logistics and warehouse stock.

The COVID episode has been more or less a microcosm of how the property market as a whole has functioned over the past three decades – interest rates have gone south and values have moved in the other direction; mostly steadily and, at times, with great rapidity.

That’s what’s happening now – but it won’t keep happening forever. While the RBA has taken the position that an interest rate rise is unlikely to be warranted before 2024, some market watchers believe it will come around significantly sooner. ANZ Bank’s respected economics team has called it for 2023; arguing that better and faster-than-expected economic growth post-COVID will force the RBA’s hand.

Across the ditch, our Kiwi cousins are moving faster. Since the pandemic began, they’ve seen property prices go stratospheric and inflation start to kick in, and decided it’s time to shut off the stimulus tap. The New Zealand central bank recently signalled its intent to start raising the cash rate by September 2022, and to keep raising it into the following year.

Meanwhile, overheating and inflation have been identified as major risks to the US and other leading global economies, as they roar back to life following last year’s steep decline. Add in the fact that mints have been working double shift, printing trillions of dollars of stimulus cash, and near-zero rates look more and more like a time-limited phenomenon.

Rates up, values down

While a rate rise of even 1 or 2 per cent could potentially wreak havoc with the highly geared arrangements of tens of thousands of Aussies and Kiwis who’ve taken a punt on property and profited from it in recent years, the commercial sector is somewhat less exposed, courtesy of lower lending ratios – typically around 60 per cent to the resie market’s 90.

But whither the capitalisation rates upon which commercial investment decisions typically hinge, when interest rates are heading north? They’re likely to rise as well – with the net result being a corresponding decline in values and prices.

For developers and investors who’ve fallen into the trap of thinking they’ve nailed some “magic” investment formula, courtesy of the fact it’s served them so well over the past three decades, that may come as a rude shock. As the megatrend of low, lower, lowest interest rates goes into reverse mode, they’re going to have to put their thinking caps on and work much harder to find value.

Building wealth in a post-COVID market

There are no guarantees in life, or in the investment market. Luck has taken some property players a long way but, when underlying conditions change, genuine acumen will need to take its place if they’re to survive and thrive in the post-COVID landscape. 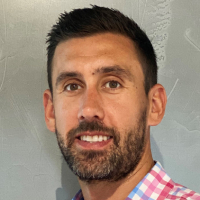 How to choose the right technology for your advice business