A raft of changes to superannuation began on 1 July, providing advisers with a golden opportunity to help their clients reset and reboot their retirement savings for the future.

Advisers are well positioned to help their clients make the most of the recent changes to superannuation.

It is worth recapping the new rules for super that came into effect from the start of this month. Since 1 July the superannuation guarantee (SG) has increased from 9.5 per cent to 10 per cent (and will rise to 12 per cent in 0.5 percentage point increments each year to 2025) while the annual concessional cap increased from $25,000 to $27,500, allowing Australians to tax-effectively add an extra $2,500 into their superannuation fund. The superannuation measures will clearly boost the retirement savings of millions of Australians. For advisers, now is the time to encourage their clients to get in early and take advantage of the new rules.

What the changes mean for retirement savings

At Colonial First State, we have crunched the numbers to assess the impact of these changes on the retirement savings pool and what this will mean for Australians. Our modelling 1 based on the incremental increase to 12 per cent reveals how advisers can help their clients take advantage of the July changes. Illustrating the impact of the increased SG and salary sacrificing to maximise the concessional caps will also give clients a better picture of how they can really maximise their retirement savings.

Advisers should now be taking the opportunity to have conversations with younger clients about the benefits of proactively taking steps to boost their savings for retirement. For example, the changes show just how much making small additional contributions earlier in someone’s career can add up by retirement. For a 35-year-old full-time employee earning just over $89,000 (AWOTE May to October 2020), the SG changes could result in an extra $76,626 at retirement (age 67).

The downside of this however is that some employers may not absorb the cost of the SG increases and may reduce an employee’s take-home pay to compensate. However, due to the tax differences, the impact on take-home pay may be significantly less than the extra contributions they receive in return. For example, the above 35-year-old would receive an additional $344 p.a. in SG (net of contributions tax) due to the 0.5 per cent increase to 10 per cent, but their take-home pay would only reduce by approximately $10 per fortnight or $260 per year.

For pre-retiree clients, the SG increase will also mean significant gains. For instance, the retirement balance at age 67 for a client aged 50 will jump by $32,000, while the retirement benefit is further amplified if you add in salary sacrificing (up to the cap each year), increasing this extra benefit substantially to $314,000.

The big picture for pension incomes

These numbers only tell half the story. Not only do these changes mean higher retirement savings but clients can expect extra pension income in retirement from for each additional dollar of super contribution, regardless of what life stage they are in.

Our modelling reveals that a 35-year-old will be able to draw down an extra $4,591 twice per year in pension payments from the SG increases alone. This means for each extra $1 of SG an employer contributes to super, the member gets back $1.48 in the form of extra pension payments. If salary sacrifice strategies are used (up to the cap each year), the additional pension payments increase to $41,696 per annum.

Wealth accumulators can also look forward to an increase in pension payments. Clients aged 45 will receive an extra $2,751 p.a. in pensions payments, which translates to an extra $1.33 in total pension payments for each dollar of extra SG. For individuals who can afford to fully utilise their concessional cap, the extra pension they could generate increases to $25,633 per annum.

Advisers now have a golden opportunity to use the new rules to proactively speak with clients, helping them take proactive steps in harnessing these changes as the new financial year begins.

Australians are increasingly recognising the value of advice. As we saw in the recent CFS Retirement Realities survey, financial advice made a significant difference to people approaching their retirement, with those seeking advice making higher voluntary contributions.

Supporting people navigate the changes in superannuation highlights the critical role of the adviser in helping Australians build their retirement savings and securing their future – and these latest changes will assist them to do just that. 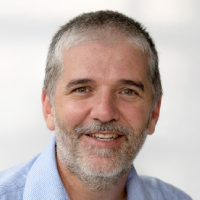