Australia is in the middle of a demographic transition, with an ageing population presenting fiscal and economic challenges. Financial advisers who upskill and embrace aged care advice are set to strengthen and grow their advice businesses.

The 2021 Intergenerational Report paints a picture of increasing life expectancies and falling fertility rates, resulting in the Australian economy growing at a slower pace over the next 40 years. This comes at a time when the budget is also adversely affected by the long-term impacts of the COVID-19.

With Baby Boomers now into their 60s and older, mounting aged care challenges arising from changing preferences on how and where people age, as well as expectations of care standards, increases the need to plan for aged care and the frailty years.

Expenditure on supporting older Australians, including age pension, health and aged care, will rapidly increase, but the greatest challenge emerges from expectations that the ratio of working-age people to those over 65 is projected to fall from 4.0 to 2.7 over the next 40 years.

The government policy is to maintain the tax-to-GDP ratio at or below 23.9 per cent. But significantly fewer people of working age relative to the number of older Australians will limit the ability of government to fund the increased costs and is likely to reinforce the pressure on individuals to fund their aged care costs. Planning for the frailty years in retirement will be increasingly important, particularly for clients who want choice and control.

COVID-19 is expected to have lingering effects on the economy and the national budget according to the 2021 Intergenerational Report.

A major contributor to this slowdown in economic growth comes from the demographic impact of the COVID-19 pandemic with temporarily lower inward migration as well as delays in women having children.

Despite these developments, Australia’s total population should grow faster than most other developed countries and is expected to reach 38.8 million in 2060-61. Migrants should continue to be the largest source of population growth over the long-term.

The Royal Commission into the Quality and Safety of Aged Care, found significant shortfalls in the funding allocated to aged care. Despite the government allocating an additional $7 billion over five years to improve and reform the sector in the 2021 federal budget, it is generally agreed that this is still not enough to achieve the improvements needed and demanded by the Baby Boomer generation of retirees.

The ageing of the population will result in even greater numbers of older Australians requiring aged care services. Non-demographic factors including changing consumer preferences, higher real incomes, and the changing incidence of frailty and disease among users of the aged care system will also drive higher demand and cost over the long-term.

Currently the government pays 80 per cent of the total aged care spend. This is a 40 per cent increase in real terms since 2012-13.

The shape and direction of aged care are changing and older Australians are focused on not only quality of care, but also quality of lifestyle. This includes a move towards greater supply of home care with the number of packages increasing from around 60,000 in June 2015 to around 275,000 by June 2023.

The latest intergenerational report as well as the aged care royal commission and the COVID-19 pandemic have reinforced the importance of having a robust personal frailty plan to fund, manage and adapt to sudden health shocks and frailty in later years.

Advisers are already facing the reality that the ageing of existing clients is necessitating the need to upskill and be business-ready for aged care advice. More than 2,000 advisers have attended the Aged Care Steps Accredited Aged Care Professional™ program, with registrations significantly higher over the last two years. The need is also being recognised by professional associations, for example, with the launch of the Financial Planning Association’s FPA Aged Care Specialist™ designation in 2020. And the FASEA Code of Conduct supports the need to consider all future advice needs for a client. 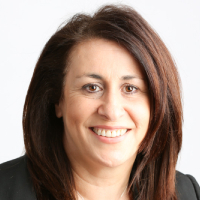 Fighting tech with heart and empathy