In what is becoming an all-too-familiar story, yet another sector of the financial services industry has been identified as giving new customers a better deal than its long-standing, loyal ones.

This time it is Australia’s mortgage lenders that have come under the regulatory microscope, with the Australian Competition and Consumer Commission (ACCC) inquiry into home loan pricing finding that borrowers with existing home loans are charged significantly higher interest rates than new home loan customers.

To combat this situation, the ACCC has recommended that lenders should be required to regularly prompt borrowers with home loans older than three years to review their interest rate and consider the potential benefits of switching products or lenders.

It is a case of another day, another industry, same problem – following closely behind the market study undertaken by UK financial regulator, the Financial Conduct Authority (FCA), into the so-called ‘loyalty penalty’ applied by some home and motor insurers.

In a practice known as ‘price walking’ the FCA found that it is common for personal insurers to offer attractive pricing to new customers, before applying gradual increases to their renewals in the following years, despite no change to their risk profile.

To address this issue, the FCA is consulting with general insurers about introducing a measure to ensure that when an existing customer renews their policy they cannot be charged more than a new customer buying through the same sales channel.

As a research paper released last year by Rice Warner (commissioned by PPS Mutual) found, it’s also common practice in the Australian life insurance industry, with many companies offering up-front – or front-loaded – discounts on new life insurance policies before sharply increasing premiums in subsequent years, meaning they are more costly over the medium to long term.

In a society that favours youth over experience, perhaps it should not come as a surprise that in large parts of the financial services sector, new customers are held in higher esteem than loyal ones. But, in business, the problem could be considered one of the great failings of market economics; that the interests of shareholders rank above all other stakeholders, including the very customers the business relies upon to exist in the first place.

The fallacy of this situation has only become more pronounced as shareholder expectations for never-ending growth in revenue have increased, and the timeframes for that growth to occur have become more condensed. The result is that, for too many companies, the focus is on generating new business figures that will look good for the next quarter’s results – and it is their existing customers that are picking up the tab.

At PPS Mutual, we are solely focused on what is in the long-term best interests of our customers – or members – whether they be new or existing. But this does not mean we are anti-growth; in fact, over the past 18 months our membership base has more than doubled. But we will never chase growth for its own sake – for us, it needs to be beneficial and equitable for all of our members.

It is here that the mutual model serves us well – our members are effectively our shareholders, so rather than having to weigh up competing interests, we only have one master to serve.

In the past, the vast majority of Australia’s biggest life insurers were also mutuals, with demutualisation and stock market listing seen as the avenue to continued growth in the 1990s.

But – in something of an irony – shareholders have proved to be insatiable masters, and the crisis of consumer confidence in financial services companies that followed the global financial crisis was a boon for mutual insurers: according to figures from the International Cooperative and Mutual Insurance Federation (ICMIF), in the 10 years from 2007 to 2017 mutual and co-operative insurers grew their premium income by 30 per cent, compared with 17 per cent for the total global insurance industry.

While these figures are one signal that the tide is beginning to turn, perhaps more so, the newfound interest in financial services pricing from regulators may alert the more astute life insurers that the winds of change are gathering strength. 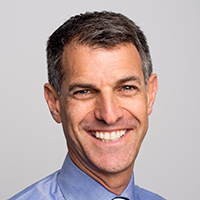