How to make financial advice affordable and accessible for more Australians

If we accept the main objective of financial advice reform is to make advice more accessible to more Australians, then focusing on the licensing structure is clearly the wrong place to start.

blogs
by Eugene Ardino - November 23, 2020 12 comments
>It is abundantly clear that ripping apart the financial planning sector’s current licensing structure will not lead to advice becoming lower cost and therefore more accessible for all Australians. The major changes that have driven up the cost of advice are related to over-complicating the advice delivery process and disclosure requirements, and the loss of funding mechanisms and certainty of future income for the delivery of ongoing planning services.

The licensing regime has not to date had a significant impact on the increase in advice costs. Therefore, I believe the government must rectify the fundamental causes that have driven advice costs beyond reach of the common citizen.

Let’s start with cutting red tape, which I believe will have the biggest impact in making advice more accessible and affordable for the 80 per cent of Australians who do not access advice. Research clearly shows that the main reason for avoiding advice is its expected prohibitive cost.

The government must conduct a detailed study of each step of the advice process, and where possible implement a plan to reduce the red tape involved in delivering advice.

This would include simplifying disclosure requirements, particularly statements of advice (SOA) and file keeping obligations, two of the biggest factors driving up the cost of advice.

The high level of scrutiny and low level of certainty around ongoing fee arrangements (OFA) also needs to be addressed. The government should repeal the opt-in requirement or make it less frequent than every year, provided OFAs are clear, fair and consented to at the outset.

The advice sector strongly supports disclosure, consent, and the concept that clients should be treated fairly and receive value for money. However, the anticipation of an annual opt-in provision has increased the entry-level cost for clients to receive advice, because where there was a higher level of certainty for advisers around the receipt of ongoing adviser service fees (ASF), services could be lower touch or less frequent for lower fee-paying clients.

In this case advisers would be prepared to provide the initial advice for a fraction of what they would need to charge to recover all the cost of their time as they consider this an upfront opportunity cost to bring on a client that will be profitable to service over the long term. Annual Opt-In creates extra red tape and forces advisers to only consider OFAs with clients who are able to pay them enough so that they can deliver enough ongoing services to a client in a year to get them to actively opt-in. Furthermore, implementing the opt-in process adds another layer of cost which is passed onto clients.

Ongoing adviser service fees are disclosed in the financial services guide, SOA and application form that clients sign prior to them being implemented. Once in place, ongoing ASFs are then generally disclosed in cash statements made available to clients quarterly and annually. In addition, their adviser sends them a fee disclosure statement (FDS) annually, equating to six disclosures a year.

A solution for a problem which doesn’t exist

Though it did identify levels of non-compliance with FDS’ and opt-in, ASIC Report 636 did not identify any systemic incidences of fee-for-no-service (FFNS) within the 30 AFSLs it examined.

FFNS appears largely to be an institutional problem, and it is being dealt with. Furthermore, FDS and opt-in were created to deal with possible incidences of FFNS. If FFNS is not prevalent then a high compliance cost is imposed for a problem which may not exist in the non-institutional space.

As a result of the royal commission, which publicly highlighted the possibility of being charged FFNS, and the level of disclosure that already exists, there is no way to hide ASFs from clients. If anything, the sheer number of times the same thing is disclosed probably causes confusion.

Clients have – and have always had – the ability to opt-out of ASFs. If we repeal opt-in or make it less frequent and implement a law requiring advisers to clearly tell their clients how to opt-out of the ASFs if they choose, there would be no problem if clients were not happy, because they could simply leave. Obviously, this would be monitored and if systemic problems arose the rules would be reviewed.

The Life Insurance Framework has been an utter disaster for consumers as predicted by most, including Lifespan in our 2015 “No Winners” paper. Premiums have increased, the issue of underinsurance has worsened, and the advice community has suffered significant losses in its ranks, with major reductions of income and value.

The government needs to protect and preserve existing funding mechanisms for financial planning such as life insurance commissions, which ensure the viability of the sector. It should also make initial advice tax deductible to reduce costs and incentivise consumers to take their first step towards financial planning.

It would be a low-cost initiative for the government but would greatly boost the industry. The advice industry generates around $6 billion in revenue annually, of which probably only 30 per cent is generated from initial advice and not currently subject to being tax deductible.

Assuming even the top marginal rate of deductibility, this would only cost the government less than $900 million a year. However, what it would save the government through lower Centrelink benefits as more Australians save for their future will far outweigh that figure, particularly as the government then receives more in tax receipts thanks to each Australian’s strengthened investment income.

Higher advisory incomes will result in more tax being paid by the sector and consumers will be less inclined to apply their savings to frivolous expenditures, so there should be a better allocation of resources. The government should do all it can to help their constituents be as well organised financially as possible.

While we strongly support the best interests duty (BID), the safe harbour provision of the BID should also face the chopping block.

It was designed to be an optional provision for advisers to help them demonstrate that they have met the BID, but instead it is often used incorrectly by auditors to show that the BID has not been met if advisers cannot demonstrate safe harbour. Many, including Lifespan, predicted this would occur during the formulation of FOFA and therefore most advisers will be trained to ensure they can demonstrate compliance with safe harbour even for very simple pieces of advice which should be done for low fees. Safe harbour causes confusion and the extra file keeping that goes with it contributes to increased advice costs.

As I argued in part one of this series, I feel it would be irresponsible to simultaneously reduce important extra layers of oversight and compensation whilst implementing these deregulatory processes, and therefore the AFSL structure should be left as it is.

If there is to be a disciplinary body, it should not be any of the existing industry associations, nor should it be dominated by academics. It should be led by practitioners who are specialists in a wide range of areas such as investment, superannuation, insurance and others.

Axe the Tax Practitioners Board

These are the core changes that need to be made to increase the accessibility of financial advice to more Australians.

Instead of messing around with the strong existing AFSL system, the government – and indeed the sector – should be focused on cutting red tape while not compromising oversight. Then we will have a well-regulated and policed advice system which is more affordable and accessible.

To do so will allow advisers to focus on what they love – helping Australians find their financial freedom. And importantly, it will enable advisers to extend their skills beyond Australia’s wealthiest 5 per cent.

How to make financial advice affordable and accessible for more Australians 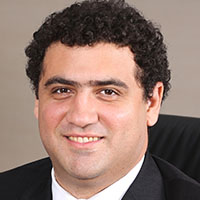