With a new wave of COVID-19 contagion triggering a new round of economic restrictions across a number of countries, hopes are more than ever focused on the quick release of a vaccine. But the latest pulse of our Franklin Templeton-Gallup Economics of Recovery Study reveals that better public information will be key for a vaccine to deliver a ‘V-Day’ for the pandemic and the recovery.

The latest pulse of our Franklin Templeton-Gallup Economics of Recovery Study brings two key insights: (1) better public information will be crucial for a vaccine to deliver a “V-Day” against the pandemic; and (2) watch out for rising prices.

We got the results of our fourth pulse just as the world started to buckle down again to contain a resurgence in COVID-19. Several European countries have reintroduced restrictions on business activity; new highs on US daily cases have captured the headlines—though they are partly explained by much higher numbers of daily tests, while the positivity rate (the share of tests showing a positive result) remains below the July levels (around 6 per cent on a seven-day moving average basis, compared to about 8 per cent in mid-late July).

In a previous pulse of our study, we found willingness to engage in economic activities resilient to the second wave of contagion last summer. That remains true this time around, perhaps also because hospitalisations have risen much less than new cases and remain below the summer levels. The total number of COVID-19-related hospitalisations stood at about 44,000 as of October 27, compared to about 60,000 in late July; and current COVID-19 hospitalised account for about 0.9 per cent of total COVID-19 active cases, slightly up from 0.7 per cent in September but well below the 2.5 per cent level of late July.

The proportion of people who feel confident they can protect themselves from the virus has held broadly stable, and so have key consumption behaviours. But what will it take for people to go back to normal in their working and spending habits?

In our second pulse, last Northern Hemisphere summer, over 70 per cent of respondents said that the development of an effective vaccine would impact their willingness to go back to normal spending patterns. That percentage has remained stable in our latest pulse.

But when a vaccine arrives, will people take it?

Our poll shows that the share of Americans willing to take the vaccine varies from 36% to 52%. As Gallup Chief Economist Jonathan Rothwell details, two factors would be most effective in boosting vaccine acceptance towards the high end of the range.

The first is timing. This comes with a partisan twist: releasing the vaccine in the first quarter of next year rather than before the end of this year would boost acceptance among Democrats by nearly eight percentage points; the timing of release would have no impact for Republicans and Independents.

The second factor is efficacy: being told that the vaccine prevents the disease in 100% of people rather than 50% (the 50% threshold is one of the conditions for US Food and Drug Administration approval) would raise acceptance by about seven percentage points.

Note that 100% efficacy is an extremely high bar: Doctor Fauci, a lead member of the White House Coronavirus Task Force, indicated last month that a COVID-19 vaccine might be 50-60% effective, and that even 75% might be an unrealistic expectation. The US Centers for Disease Control and Prevention (CDC) estimates that the regular flu vaccine, when it’s well matched to the circulating flu viruses, reduces the risk of having to go to the doctor with the flu by 40-60%.

Our results therefore suggest that in a best-case scenario, only about one-half of the US population would initially take the vaccine.

This is not too surprising; the fact that a COVID-19 vaccine would be developed and rolled out unusually fast could contribute to some initial scepticism. Moreover, it could create the risk of some backlash. Consider the experience of the 1976 mass vaccination campaign against the swine flu. The discovery at Fort Dix of cases of swine flu (H1N1) in recruits who had no contact with pigs raised fears of a pandemic. At the time, the efficacy and safety of flu vaccines had been demonstrated for several years, and the military formulation of the vaccine had included the H1N1 strain for years, without any documented adverse effects.

The government therefore decided to launch a mass vaccination programme. But some health officials publicly advised against it; in a letter to the New York Times, Doctor Hans Neumann, then Director of Preventive Medicine at the New Haven Department of Health, for example, noted that 7,000 people would statistically suffer a heart attack within two days of receiving the flu shot, 2,300 would suffer a stroke and 9,000 would contract pneumonia, “Because that is the number statistically expected, flu shots or no flu shots”.

And even though the vaccine would have nothing to do with it, the vaccine would be blamed, causing alarming media headlines and undermining public confidence. This is indeed what happened, and the vaccination campaign was aborted among a slew of lawsuits. Given the current focus on the vaccine and the trials, it is quite likely that something similar could happen this time around, further slowing the acceptance of the vaccine.

How the vaccine is brought to the public will therefore be extremely important. Our study has highlighted how the public’s response to the pandemic has been influenced by poor information, leading to a limited understanding of key facts such as the differential risk of the virus to different age cohorts, which influences willingness to engage in various economic activities. It is crucially important that the launch of a vaccine be accompanied by much better information on its safety and efficacy.

If an effective and safe vaccine is launched in the right way, it could give an important boost to economic activity. Our latest pulse shows that if an effective vaccine were launched in the spring, over half of Americans would feel ready to go back to normal spending habits and air travel; nearly two-thirds would feel comfortable working away from home, and almost half would even consider again large gatherings.

Partisan differences remain as marked as in our previous pulses: the share of Democrats who currently support in-person elementary schooling or college, allowing indoor dining or the reopening of non-essential businesses is 20 percentage points lower than for Republicans.

But one of the most encouraging findings, in my view, is that overall nearly 60% of respondents already support in-person elementary schooling, and over 50% support in-person college education. This aligns with data showing that the coronavirus poses little risk to children (according to CDC data, kids aged 14 and under account for 0.04% of all deaths involving COVID-19; kids aged 17 and under account for 1.6% of total COVID-19 hospitalisations). Importantly, reopening schools would prevent a further widening of learning inequalities between upper and lower income brackets, and make it easier for parents to go back to work.

Government support remains popular; paying for it, much less so

This remaining reluctance to go back to normal economic activity goes hand in hand with broad support for continued government support, as I have highlighted in a previous note. If scepticism towards a vaccine contributes to delaying the reopening of the economy, however, the cost of government support will mount, and the question of how to pay for it will become more urgent. Here, our latest pulse shows that just half of Americans are willing to pay higher taxes in the future to fund more government support today.

So far, policymakers have been able to square this circle through higher debt, thanks to record-low borrowing costs. More recently, however, long-term interest rates have begun to edge up, as markets anticipate that the eventual economic recovery, supercharged by fiscal and monetary stimulus, will put some upward pressure on prices.

Most consumers have seen their prices rise already
As the outlook for prices and interest rates plays a crucial role in investment strategies as well as the economic outlook, we tried to glean some insights on price trends through our latest pulse—and the results are striking:

About 60 per cent of respondents report that the prices of the goods and services they purchase on a regular basis have increased somewhat (40%) or a lot (20%) since the pandemic started; the share of those who report lower prices is negligible by comparison, at around 5 per cent.

Our study therefore suggests that on the ground, prices have already been rising even with the economy contracting and unemployment rising. The longer the economy stays closed, the more supply will shrink through rising business closures and falling investment; when the economy reopens, aggregate demand will likely bounce back fast, fueled by expansionary monetary and fiscal policy.

Consumer spending has already demonstrated its ability to rebound, and our previous pulses have shown that people are saving up disposable income for future spending. In the initial phases of the recovery, therefore, demand might quickly outstrip supply, pushing prices further up and driving interest rates higher. And remember, inflation does not need to increase that much to outstrip the still sanguine market expectations.

The insights that we have been gleaning from this and earlier pulses of our joint study with Gallup help inform and shape our economic outlook and our view on the markets. The proprietary data built through our large-sample polls provide important information on public sentiment and consumer behaviour, which we believe give us more timely indications on key trends than standard headline figures on economic activity.

The majority support for reopening schools, and the finding that people plan to store up savings rather than spend immediately or pay down debt, confirm our view that the US economy maintains the potential for a robust rebound once restrictions on business activity are phased out. At the same time, Americans’ persistent reluctance to engage in certain behaviours and activities suggest that even as a sustained recovery gets fully underway, different economic sectors will experience very different dynamics, calling for a strong focus on selectivity in investment in spread sectors such as corporate credit.

As I’ve noted in the past, the unprecedented nature of the COVID-19 economic disruption has made traditional gauges of economic development woefully inadequate—the attitudes and behaviour of individuals will play a decisive role in the outlook. 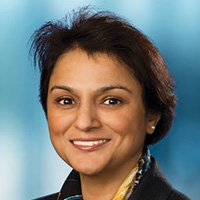 The overlooked art of good governance Are you ready for the new IDR requirements? How to write a shorter SoA: The power of pruning

Australian Wealth Solutions (AWS) has announced a change of licensee as it heads into a new era. ...

An up-and-coming goals-based advice platform has appointed former executives from Midwinter and Shadforth Financial Group to its ranks. ...

Persecution of advisers must stop: AFA