Since releasing our research into adviser pricing models in 2009, Elixir Consulting has continued to research the market every few years to provide the industry with valuable insights into how other advisers charge for advice. Since inception of this pricing research, we have consistently observed that the mindset and confidence of the adviser has a significant influence over the level of fees they are able to charge and the EBIT of their firm.

In our fifth edition, we have once again found that there is a huge variance in the fees quoted by advisers for similar client situations and this tends to reflect the confidence of the adviser more so than the quality or complexity of the service provided, or even the underlying costs of delivering the advice.

If advice were a standardised commodity, one could expect that there would be a correlation between the quality of the service provided and the quantum of the price. Given the subjective nature of advice however, it’s not surprising that this connection is less pronounced. Whilst it’s difficult to quantify mindset, the qualitative elements of this research clearly illustrated the influence that confidence and attitude have on the prices quoted.

Once again, we have found three traits that set apart the lower from the higher priced advisers, and those who are happy with and less challenged by their pricing than their peers. It’s not necessarily lower net worth clients, or less technical complexity of their affairs that are present in lower fee-paying clients. These differences appear some of the time, but rather adviser mindset, confidence and articulation of value are the traits that consistently set them apart.

The ability for advisers to articulate value for higher fees is also teamed with a high quality service that is well suited to the client base. The two cannot be mutually exclusive - the adviser who is good at selling their value may well be able to sell a significant initial fee, but will struggle to maintain or re-engage clients if they don’t deliver that value to their clients over the longer term. We are now in a position where this requirement is no longer at the whim of the discerning consumer - the FASEA Code of Ethics, Standard 7 requires the adviser to satisfy themselves that the revenue received for acting for a client must be “fair and reasonable, and represent value for money for the client.”

Our research team considered the ‘chicken and egg’ dilemma - did confidence come as a result of successfully charging higher fees and enjoying greater profits, or were they only able to charge those higher fees because of an innate confidence in the value of their advice and the price point they charged? Whilst we cannot definitively prove the inception point, we did find some contributing factors that were evident in those who had greater confidence levels, and we share these in the ‘secret sauce’ finding.

Despite some common ingredients, there is still not one foolproof recipe for this ‘secret sauce’ to successful pricing, and yet the evidence once again pointed to the fact that advisers who have conviction in their own value and are able to articulate it well are able to charge higher fees and are more positive about their business overall.

Mindset remains one of the most influential factors in successful pricing

We did confirm again, that mindset is influenced by the frame of reference an adviser has. This is demonstrated in many examples, none more clearly than in the relatively new practise of charging fees for insurance advice. Consider the experience of these two participants, and how they formed their beliefs and mindset. One firm has two advisers, the other firm has three, and both include wealth creators, wealth builders, business owners and professional executives in the list of clients they work with.

Example A: When providing risk-only advice, give their clients the choice between two options - either pay a fee (on average $1,500) combined with the adviser receiving commissions OR pay a fee only with commissions rebated (30 per cent chose this option last year at an average advice fee of $4,500). They stated their views of the future: “We have three keen advisers with minimal additional study required. The opportunity for growth in our industry has never been better for those prepared to work hard and can demonstrate value to clients.”

Example B: This firm is suffering from lost profits with the reduction in insurance commissions and does not charge any fees for insurance-only advice, choosing to receive the Hybrid commission option. When asked to share their thoughts on subsidising commissions for insurance advice in the future, they stated: “Clients will never pay a fraction of what it costs to provide risk advice.” They stated their views of the future as: “The retail life insurance industry in its current state will collapse within three years due to total mismanagement from all quarters.”

Consider also, the comments from two advisers that are poles apart. Both are single-adviser practices with a small licensee and both provide comprehensive financial advice services. Coincidentally, both quoted a figure of 20 per cent for their EBIT last financial year. Note that neither would state they have their pricing ‘right’, it is a work in progress, and yet you can see the likely future of each business heading off on vastly different trajectories.

- For Case Study 5, a retiree couple with a significant amount of money, they quoted $3,300 initial and $2,200 per annum ongoing fees

- The highest they‘ve ever charged as an initial fee for comprehensive advice is $4,000

- The number of new clients they brought on last year was 20, all of whom chose to engage them for their ongoing services past the initial advice.

- They had 20% EBIT last year, net return from the business has been in decline and the workload and stress has increased

- The highest they‘ve ever charged as an initial fee for comprehensive advice is $20,000

- The number of new clients they brought on last year was 10, all of whom chose to engage them for their ongoing services past the initial advice

- Their views on the future of their business (where 1 = see no future and 5 = future looks bright) were 5 out of 5 and their comment was “huge opportunities - for those who adopt the new rules, new game plan”

- They quoted their biggest challenge with pricing to be “partly clients’ ability to pay and price sensitive clients in the current environment. They value the advice and are willing to pay but affordability is an issue.”

- This business had a positive impact from shifting to a flat fee model: “Conversations with clients are more transparent. Clients understand dollars, percentages are more opaque. We now service significantly lower numbers of clients but turnover is about the same.”

- They had 20 per cent EBIT last year: “Whilst net return has declined, we have fully transitioned to a fee for service business - no commissions and no trails and fully dollar-based fees.”

Whilst financial advice in Australia has been influenced by changing legislation since its inception, this research was conducted after the Royal Commission into Misconduct in the Banking, Superannuation and Financial Services Industry, and at a time of significant quantum shifts in legislative change. Consider the comments below and reflect on the mindset and the confidence of the advisers who wrote them, and the impact that their mindset will have on the fees they charge, the way they engage clients, and the success of their business.

We see a risk here for those advisers who are lacking in confidence and the ability to quantify their value. If they err in undercharging for their services, and not meeting their costs or targeted profit, they’ll struggle to build a sustainable business. 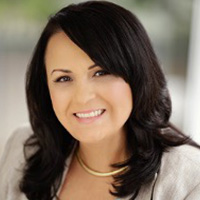 Last Updated: 21 September 2020 Published: 14 September 2020
blogs
1 commentsjoin the conversation
blogs
What is the one thing that all financial advisers have in common?
We all know 'fair’s fair', but what is fair? Myth-busting the ‘challenges’ in running your own AFSL The advice sector has reason to be optimistic about the future of the industry, according to the Association of Financial Advisers (AFA) national pres...

The Australian Small Business and Family Enterprise Ombudsman (ASBFEO) has applauded the decision by the Commonwealth Bank (CBA) to lower costs incurr...