From what we’ve seen, a great many contain terms which are, in our view, likely to be held by a court or tribunal to be unenforceable and likely to be struck out of the CAR and AR agreements if challenged.

- terms which allow you to limit or avoid your obligations but do not make the same provision for the other party;

- terms which allow you to terminate the contract but do not make the same provision for the other party;

- terms which allow you to vary the contract but do not make the same provision for the other party; or

- terms which unreasonably penalise the other party for breach or termination of the contract.

How do your CAR/AR agreements rate?

Is it a small business contract?

1. Was the contract entered into before 12 November 2016 and has not been varied or amended since?

Is it a standard form contract?

3. Do you use the same contract for all ARs and CARs?

4. When you take on a new AR and/or CAR, do you present them with a pre-prepared contract on a take-it-or-leave-it basis?

5. Does the AR and/or director of the CAR really have the opportunity to read, consider and take advice on the contents of the agreements before signing?

6. Would you amend or delete any of the terms if it was requested?

7. Does it have a number of “events of default” which can result in termination or suspension of the CAR/AR without any opportunity to make good the default?

8. Does it have terms whereby the licensee can decide in its “sole and absolute discretion” upon a course of action which is detrimental to the CAR/AR?

10. Does it enable the licensee to withhold payment of commissions and fees indefinitely?

11. Does it have a provision for the licensee to unilaterally amend the contract?

12. Does it have an “entire agreement” clause?

If you answered “yes” to more than a couple of questions from 1-12, your CAR/AR agreement – or at least parts of it – may well be unenforceable if challenged. Where the offending clauses have been relied upon or exercised by the licensee to the detriment of the CAR/AR, damages might be awarded in addition to the clauses being struck out of the agreement.

It is worth noting that while the Australian Competition and Consumer Commission (ACCC) has general oversight of the unfair contract provisions of the Australian Consumer Law, ASIC has responsibility for unfair contract terms relating to the provision of financial products and services. Primarily that role will relate to the provision of financial services to small businesses. While it is unclear whether ASIC will descend into the relationships between licensees and their representatives, it may at some point consider that a licensee which enters into manifestly unfair CAR/AR contracts is not “providing financial services efficiently, honestly and fairly”.

When the time comes for the licensee to rely on the CAR/AR agreement, it may be because the representative has, by its actions, placed the AFS licensee in some potential jeopardy. In such circumstances, an unenforceable agreement will be potentially worthless. In some circumstances, a breach report will have been made and ASIC scrutiny attracted. That is when the licensee must be able to take quick, decisive and effective action to protect its business and the licence without being concerned about the CAR/AR agreement being dismembered in a court at your expense. 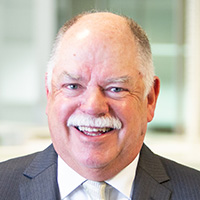