The complaint resolution scheme administered by the Australian Financial Complaints Authority is one of a few key factors that is turning retail advice into an increasingly risky proposition for advisers. It is a forum that is skewed heavily towards the claimant – and it significantly increases the financial risk attached to any advice business. For any provider that does not have a large base of retail clients, AFCA alone is a reason enough to give those clients up (or, ideally, transition them to wholesale).

AFCA is risk-free, inexpensive and almost effortless… for complainants

For licensees, it’s the opposite. AFCA favours the complainant in a number of ways – some more subtle than others. Let’s start with the most obvious.

A determination made by AFCA is only binding on the licensee. If a complainant does not like AFCA’s finding, they can ignore it and commence proceedings through the court system. The adviser does not have that option.

To add insult to injury, all of AFCA’s costs are borne by the licensee – and those costs rise at every stage leading up to resolution. In a normal case, this will mean that the licensee will pay between $8,535 and $12,815 for a decision that the complainant can simply ignore if they aren’t happy with it – and those figures are before legal fees.

And there are likely to be legal fees – but mainly for the adviser. AFCA will generally assist the complainant in making their case, often going to significant lengths to draw arguments out of either irrelevant or insufficient information.

If AFCA were limited to smaller claims made by unsophisticated individuals, these imbalances might be understandable. Unfortunately, it’s not.

AFCA is designed for consumers, but is open to highly sophisticated clients

Even though the obligation to be a member of AFCA is triggered by providing services to retail clients, AFCA does not limit its service to these clients. Sophisticated and wholesale clients are perfectly eligible to claim under the scheme (including companies with up to 100 employees) and, while AFCA can consider this in exercising its discretion not to hear complaints, it very rarely (never) does so.

When combined with very significant claims limits – $1 million per complainant, $500,000 per claim – this opens the door to claims that are simply not appropriate for the forum. AFCA can be (and is) used by highly sophisticated parties such as family offices, despite the fact that these entities comfortably have the resources to use the court system and in fact often have deeper pockets than the adviser. In a recent matter, a group of sophisticated investors claimed against a licensee over a private investment – each claiming the $500,000 limit – and provided AFCA with complete statements of claim drafted by lawyers together with hundreds of pages of supporting documentation. An application was made to AFCA to reject the claim based on the sophistication of the clients – and this was refused. These documents could have been lodged with a court, but when you have access to a risk-free forum that’s skewed heavily in your favour, why wouldn’t you use it?

Problematic for small claims as well as large

The problems continue at the other end of the claims spectrum. While bodies like Fair Trading are set up to manage small claims in a cost-effective manner, AFCA is not. The AFCA cost structure means that there is very little benefit for licensees in actively defending claims for less than $10,000. Even a preliminary decision will cost a licensee over $5,000 in just AFCA fees, and at least the same will generally be expended in legal resources (whether internal or external). This can result in a consistent stream of small settlements, which can add up to a very significant cost for licensees.

When combined with the obvious issues around larger claims, the result is a significant financial strain for financial advice firms. Whether it’s one large claim, or a stream of smaller ones, for smaller advice businesses, AFCA represents a significant financial risk. This is also increasingly reflected in PI insurance premiums, with only very few insurers in the Australian market still offering cover for retail advice – and then only with large deductibles.

Unlike a court, AFCA is not particularly rigid when it comes to evidence or technical points of law, and it also doesn’t have an established system of legal precedent, which means that there are no established positions on recurring issues that can be relied on.

This issue is keenly felt in financial advice cases, where the same issues dealt with twice will often yield different outcomes. Many cases will turn on whether a portfolio or investment was appropriate for the client – and it is not uncommon to have extensive debate on what constitutes a ‘speculative’ investment, or whether certain stocks should be considered ‘growth’ or ‘high growth’. Similarly, AFCA will often allow clients to challenge established legal protections, for example claims that wholesale clients should have been treated as retail despite the existence of sophisticated investor certificates.

This results in a situation where complaints that initially seem frivolous or lacking in merit can quickly gain momentum in the face of even the smallest uncertainties.

The FASEA Code of Ethics has the potential to seriously exacerbate this problem, as it will give AFCA licence to apply an extended range of subjective standards to disputes. AFCA has indicated that it will apply the code to disputes dated from 1 January 2020, stating that it will change the way it approaches disputes, and emphasising its ability to prioritise a ‘fariness lens’ over black letter law. While that may seem like a noble sentiment, it introduces even greater uncertainty and further erodes advisers ability to rely on existing laws and regulation.

AFCA and COVID - A perfect storm?

While financial markets are impossible to predict, some things are certain. Bubbles burst. Bull markets turn into bear markets. Black swan events will happen. Whenever any of these events occur, they spawn a stream of complaints claims and litigation that can often last for years.

COVID will be no different – when the markets drop by a third and then rise by a third, all within the space of four months, one thing is for certain: many clients will have lost money. As a highly favourable, risk-free forum, which, thanks to FASEA, has more scope than ever to consider highly subjective criteria, AFCA will represent a tempting option for impacted clients.

The combination of a once-in-a-decade market event with a legal and regulatory environment that is as unfavourable as it has ever been, may well represent a perfect storm that will drive more advisers out of the industry – or at the very least away from providing advice to retail investors. At some point governments, regulators and communities should consider if that is really a good thing. 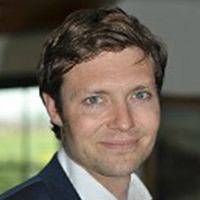 Last Updated: 20 July 2020 Published: 20 July 2020
blogs
27 commentsjoin the conversation
blogs
How to speed up your business growth with online reviews
Is SDB the new acronym we need to help with AFCA & ASIC issues?