In 1979, university professor Michael Porter wrote a seminal piece in the Harvard Business Review that dealt with the competitive forces other than price that underpin an enterprise’s strategy. While most economists at the time thought about competition purely on price, Porter could see that there was more to this.

He argued that in addition to the fierceness of price competition among industry rivals, the degree of competitiveness in an industry – that is, the degree to which players are free to set their own prices – depends on the bargaining power of buyers and of suppliers, as well as how threatening substitute products and new entrants are.

Strategy, it followed for Porter, was a matter of working out your company’s best position relative not just to pricing pressures from rivals but to all the forces in your competitive environment. In other words shrinking the price was a race to the bottom; better to create a unique selling proposition, offer a range of integrated products and services and grow your market formulating a strategy to cope with the competitive pressures.

Ten years later in the same publication, Bruce Henderson, professor of management at Vanderbilt University and the founder and chairman emeritus of the Boston Consulting Group, argued that "strategy is a deliberate search for a plan of action that will develop a business’s competitive advantage and compound it. For any company, the search is an iterative process that begins with a recognition of where you are and what you have now. Your most dangerous competitors are those that are most like you. The differences between you and your competitors are the basis of your advantage".

He went on to say, "Unless a business has a unique advantage over its rivals, it has no reason to exist. Unfortunately, many businesses compete in important areas where they operate at a disadvantage — often at great cost, until, inevitably, they are crowded out ... The competitor that truly has an advantage can give potential customers more for their money and still have a larger margin between its cost and its selling price."

This thinking has much still to teach us. Porter’s conclusion was that "the key to growth — even survival — is to stake out a position that is less vulnerable to attack from head-to-head opponents, whether established or new, and less vulnerable to erosion from the direction of buyers, suppliers, and substitute goods. Establishing such a position can take many forms — solidifying relationships with favorable customers, differentiating the product either substantively or psychologically through marketing, integrating forward or backward, establishing technological leadership."

By 1996, Porter was back revisiting the issues of strategy and how strategic thinking was being replaced by operational efficiencies. Many parallels can still be drawn today. The root of the problem, he said, was the failure to distinguish between operational effectiveness and strategy.

He said the "quest for productivity, quality, and speed has spawned a remarkable number of management tools and techniques: total quality management, benchmarking, time-based competition, outsourcing, partnering, reengineering, change management; although the resulting operational improvements have often been dramatic, many companies have been frustrated by their inability to translate those gains into sustainable profitability. And bit by bit, almost imperceptibly, management tools have taken the place of strategy. As managers push to improve on all fronts, they move farther away from viable competitive positions".

How many businesses in the financial services sector have been sucked into the vortex of new efficiencies afforded by the onslaught of technology since Porter penned these words, and yet have found themselves unable to grow their business and are facing significant existential threats as the regulatory environment changes? Legislation is eliminating recurrent income and the large scale institutional players leave the market engulfed in betrayal, only to reposition themselves as the owners of the technology that will power the industry for the next 20 years, enslaving the adviser sector to another form of servitude.

Advisers must, of necessity, find new cause. Clearly operational efficiencies are essential to successful businesses – a company can outperform rivals only if it can establish a difference that it can preserve. It must deliver greater value to customers, create comparable value at a lower cost, or do both. In the adviser’s world, a focus on cost is the fastest way to the exit gate as the average adviser will never be able to meet their regulatory obligations and compete with the low cost robo providers and platforms.

Porter argues that operational effectiveness means performing similar activities better than rivals perform them. Operational effectiveness includes, but is not limited to, efficiency. It refers to any number of practices that allow a company to better utilise its inputs by, for example, reducing mistakes, automating comparisons and calculations in the advice process, and using the best of breed technology and platforms available.

In contrast, strategic positioning means performing different activities from rivals, or performing similar activities in different ways using the same tools widely available. The paradox here though, is that without strategic thinking, the more financial advisers embrace the best of breed technology, the more they look alike.

In other words the more that rivals outsource activities to efficient third parties, institutional platforms, fund managers and index managers – often the same ones – the more generic those activities become. And it will not be long before the imitation becomes yet another target of the regulator who is constantly looking at the value proposition of advisers towards their clients.

The last few years have been a disaster for many advisory companies that have been bereft of ideas and have mistaken their growth strategy with acquisition and consolidation through mergers. Driven by performance pressures or unable to grow intrinsically, and lacking strategic vision, adviser group after adviser group has had no better idea than to buy up its rivals and employ their prowess in operational efficiencies.

The advisers left standing today are those that outlasted others so far, but now face the headwinds of significant lost revenue acquired during this period and often with larger borrowings to support the purchases. They do not necessarily have real advantage despite impressive gains in operational effectiveness, due mostly to technology. Many face the higher cost of advice and fewer clients able to be appropriately supported.

Imitation and homogeneity are still obvious in the advisory sector. It's just that it's a new pantomime, but still the Punch and Judy Show. Advisers have let operational effectiveness replace strategy.

Strategy is making trade-offs. The essence of strategy is choosing what not to do. Strengths, what the advisory group is good at, is fundamental not only to competitive advantage but also to the sustainability of that advantage. It is harder for a rival to match an integrated approach to advice than to match a process technology, or replicate a set of product features. This may be as simple as the way the adviser engages the client.

Younger advisers entering the sector now often advertise what they don’t do and will pass on clients who require additional advice in areas where they don’t practice. Older advisers locked into the paradigm of ongoing revenue feel they must be all things to all people and have as a matter of course placed themselves at a strategic disadvantage.

Why then do so many advisers lose sight of strategy and replace it with operational improvements, which put themselves at risk of being very efficient at producing advice that has lost its distinguishing characteristics.

Porter provided some sobering advice 25 years ago. He says quite bluntly, "commonly, the threats to strategy are seen to emanate from outside a company because of changes in technology or the behaviour of competitors".

The reality might be that operational efficiencies are obvious and often immediate – they form new task lists and, importantly, are measurable. However, many advisers get caught in the 'working in the business' syndrome rather than on it. Strategy drifts at best, or is simply ignored on the basis that the company is busy enough without having to deal with the more ephemeral ideas around strategic thinking.

Conventional wisdom, often proclaimed by industry ‘mouthpieces’ tends to reinforce a degree of homogeneity among the practitioners, because they are locked into the rules of the game as they are set out more generally across the sector. Regretfully this has largely played itself out in a type of ‘herd’ behaviour that has increasingly been resisted by the regulator, who at the same time has been demanding advisers clearly state what they are doing for a client and how they are charging for it.

Most current and experienced advisers owe their initial success to activities that were aligned with the legislation of the day. They built their initial strategy through this lens. Since 2012 advisers have adapted to, and compromised on, policy and regulation with little push back. Incremental changes that seemed prudent at the time have led practices to compromise their way to homogeneity with their rivals.

Worse, advisers have now found that despite their efforts to adapt, not only has differentiation become opaque, but the institutional support base, once relied on so heavily has all but disappeared and these institutions are returning to the market as technology and product rent seekers.

Again, let's look to Porter for his prescient thinking in the mid ’90s: "The issue here is not with the companies whose historical position is no longer viable, their challenge is to start over, just as a new entrant would. At issue is a far more common phenomenon: the established company achieving mediocre returns and lacking a clear strategy. Through incremental additions of product varieties, incremental efforts to serve new customer groups, and emulation of rivals' activities, the existing company loses its clear competitive position. Typically, the company has matched many of its competitors' offerings and practices and attempts to sell to most customer groups."

His advice is to reconnect with strategy. It is identified by answering questions such as the following:

An advisory company's history can be instructive. What was the vision of the founder? What were the products and customers that made the company? Can the historical positioning be implemented in a modern way, one consistent with today's technologies and practices? This thinking should lead strategic renewal and may challenge the adviser to rediscover their distinctiveness. 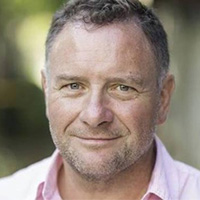