Being in recruitment, times are a little quiet. What better way to help my own sanity in between home schooling, swimming in the bay, baking and trips to Dan Murphy’s than to call up a few clients and find out how they are dealing with this unusual situation.

Sometimes the conversations have helped counsel me, but overall I was very surprised at the positivity of what most had to say. Is it dire? No. Is it great? No. But are we going to get through this? Absolutely. Overall, businesses are saying that revenue is down anywhere between 10 to 20 per cent, but unless we go into a deep dark depression that is about where they expect their businesses to land.

The groups I deal with are typically high-quality practices; anywhere from a six-person outfit to national sized businesses with hundreds of wealth employees. Here’s what I’ve learned:

1. You can teach old dogs new tricks. There has been continuing waves of change in our industry most recently addressing the royal commission and FASEA requirements, such that it seems that learning and adapting to change is never ending. As we know, a large portion of financial advisers have a rocky relationship with technology and clients are often the same. While I couldn’t tell you where to find my printer’s IP address, advisers have gone and done it again – they have adapted and gone to the next level. Microsoft Teams, Webex, Zoom and maybe even Houseparty are now in the vocabulary. And to their surprise clients have also adapted to the technology. So, you can teach old dogs new tricks.

2. Love is in the air. It is not until a situation such as war, or separation or isolation do we appreciate the relationships that we are lucky enough to have. This time we are recognising the value of those in our workplace. No, nothing is perfect, but most have been saying do we realise we do work in a great industry with many an intelligent person trying to diligently and compliantly improve clients’ situations, and we miss the face to face interaction.

3. The bonus is – you have a job. There has been the odd employee asking questions such as ‘will I get a bonus?’ About a third of businesses have still said that there may be bonuses. As for pay rises. It’s maybe, maybe not, with 50 per cent of businesses still considering it. But given the Centrelink lines and that 650,000 businesses have applied for JobKeeper, a job in an industry that is largely prepared for a downturn is a bonus.

4. Turkey shooting is a rarity. At almost all the businesses I spoke to, no one was looking to stand anyone down or make redundancies. Most referred back to the GFC and said things were learnt during that period and head count has been always been a careful calculation since. Businesses have run fairly lean since the GFC. There is one business that I heard of that has been “turkey shooting”, cutting the extra fat and those that aren’t doing their job to expectation. But this appears to the exception.

5. Commercial real estate agents might be doing some faster talking. This one isn’t centric to wealth management. Businesses are now well aware that they probably don’t need all that space for not only workstations, but meeting rooms and break out areas. When leases need to be renegotiated there is no doubt landlords will be more flexible.

6. Jackson Pollock would be proud. JP is my favourite abstract expressionist artist and was a prodigious drinker, but I am not talking our increased alcohol consumption, trips to Dan Murphy's excluded. I am talking about unleashing creativity. Not only are businesses thinking about how they can use technology to better serve their clients, introduce new investment opportunities etc, but new ways of teams bonding through technology. Praise to the teams who have Friday night trivia night via video conference (avec vin, biere et champagne) and the teams who have weekly activity challenges such as ‘most kilometres walked’, ‘most minutes exercised’. Or those who have organised drinks and catch ups on Thursday nights with clients over a video conference. One such group went from 6pm to 1.30am one night… no names mentioned.

7. Yoga. Too many businesses I know were not advocates of flexible working from home arrangements. Some preached that financial advisers and their support staff needed to be in the office to work effectively and connect with clients. Main carers in households (more likely women) have often been told they can’t work from home nor part time as they always needed to be available. At least one leading superannuation fund has now decided to implement more part time arrangements for main carers in their business, which is nice to hear.

8. “De plane, de plane”… as Tattoo on Fantasy Island used to say. Those in national or state-based roles that have required significant travel are now realising that not every meeting needs to be done in person, but can be effective over video conference. Nothing compares to an in-person meeting, but costs in terms of productivity and financially speaking with hotels, taxis and flights now need a rethink. One client who relocated his family to the holiday home as the shutdown was in early stages has said he will hate the day he has to get back on a plane. He is now thinking about a permanent move to the holiday home.

9. Trust. One of the nicest things I have heard some heads of wealth businesses saying is that they trust their teams more than ever. Even the underperformers are performing (guess they have been a bit concerned they could be in a Centrelink queue). One head of a larger wealth management business quoted: “I am astounded how the team has very much come together to get through this time. The team are eagerly volunteering their services to ensure we address issues and increase our client contact. I really do have a brilliant team”. 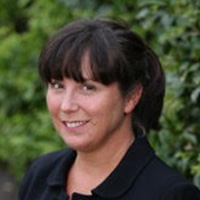