Unfortunate policy decisions based on ideology are damaging both the advice industry and the way Australia responds to environmental disasters.

Financial services reform sought to introduce the era of the professional adviser. The institutions reckoned on their brands standing behind the advice process; they were trusted names embedded in the lives of the consumer. The banks exploited this advantage – new advisers with limited experience or qualifications were rushed into advisory roles; soft skills were favoured over knowledge and brand accounted for trust.

By February 2009, the government, watching the unprecedented growth in the sector, managing its way through the GFC and witness to a number of product failures, established the parliamentary joint committee on corporations and financial services inquiry into financial product and services provider collapses. Product failure was at the centre of large scale consumer loss.

The response to this was to envision the ​Future of Financial Advice (FOFA), a plank in Labor’s policy platform in 2012. FOFA was enacted by Labor just prior to their electoral defeat and became mandatory under the Coalition government on 1 July 2013.

By 2016, the Life Insurance Framework became a precursor to the ban on commissions. It was driven largely by life companies in response to the underwriting ‘crisis’ of 2013-14. Heavily regulated advisory processes had failed to achieve their intention; calls for a royal commission into banks were becoming louder and the bidding war between the Turnbull government and Bill Shorten's Labor was commanding public attention.

Upfront ​commissions became the scapegoat, and the beneficiaries of the changes, the insurers, pressed government for change following the 2015 Trowbridge review.

The government's intention in moving from a commission base to​ fee for service was based on the assumption that the primary motivation of advisers would be aligned with their client's ​‘best interest’​; yet at the time of the amendments there was no merit test for advisers or institutional management. Until recently there was little or no weight given to the consumer attitude towards paying fees, especially for personal risk advice.

This has resulted in the following:
❖ Consumers are now less likely to be insured and for lower amounts. Underwriting is increasingly done at claim and not inception and as a result forming a large part of the spike in claim denial by underwriters;
❖ There are less policies in force, sums insured and total risk premium has declined;
❖ The consumer has seen increases in premiums across the board of between 12-25 per cent over the last two years despite commissions falling at least 30 per cent; and
❖ The value of an enterprise traditionally priced as a multiple of annual revenue has also fallen, and as a result many experienced agents who cannot see any future remaining in their business have either left or indicated that they will leave over the next two years.

The legislation flow from 2001 through to 2017 failed to achieve greater consumer protection, choice, integration and innovation of products and services. It failed because it didn’t address the commercial realities of customer/product/adviser relationships and ignored the complex vested interests of those with market scale.

The reform of life insurance commissions was no different. It conflated commissions with conflict and essentially worked the legislative solution into this mindset without an appreciation of the sector in question. Commission of itself cannot be conflicted any more than time-based fees can be said to be conflicted. There are many contributors to conflicted interests and remuneration may or may not be an essential element.

For example, the sales targets and marketing forces of institutional distribution networks are not similar to the socio-economic drivers of small professional advisers. To confuse this confuses the very different economic landscape these channels operate in; one driven by budgets and reviewed with career challenging benchmarks, the other determined in large part by forming personal relationships that underwrite the value of their own business.

Instead, the law had the effect of infantilising the issues at stake. It created a single yardstick by which to measure adviser/client relationships and missed an opportunity to introduce a ​fiduciary role for the adviser.

A principles-based approach to issues identified by industry, consumer groups and politicians should have been the starting point for all legislative attempts to achieve better outcomes for the consumer and the reputation of the profession.

By using the blunt instrument of legislation,​ ethics, which should otherwise form the primary basis of our consciousness and guide choices and actions, have been replaced with codes of conduct. The conduct of industry participants is determined more by the values they hold than the codes prescribed. The prescriptive regulatory environment both consumers and advisers find themselves in does not assist establishing meaningful dialogue when two parties come together.

The government set out to protect the consumer by lowering fees and inferred that the mischief was created by the greed of advisers and agents. In fact, the changes will not, of themselves, overcome ​malpractice and are likely to have a detrimental effect on the insurance industry by driving out good advisers and enforcing a regime that does not encourage consumers to ensure they are adequately covered against risk.

Sadly, Minister Jane Hume has stated that the government's agenda is to have financial services off the table by the next election. This is a scorched earth intervention.

This deficient approach to public policy has been catastrophically carried into other areas of regulation so tragically on display over the summer, with large parts of the country on fire.

Look no further than the damage that unmanaged fuel loads have contributed towards recent bushfires, with the destruction of 1 billion animals, 5 million hectares, 2,500 homes and many unnecessary deaths, the worst catastrophe since Victoria's 'Great Fire' in 1851.

That event resulted in the burning of approximately 5 million hectares, the second largest area in European-recorded history. It killed 12 people, more than one million sheep and thousands of cattle, to say nothing of native fauna.

It also sharpened our skills in dealing with hazard reduction and fuel loads – lessons now ignored. Instead, government policy across state and federal jurisdictions has embraced an approach to managing the land that ignores thousands of years of land management skills of our own Indigenous people.

There are similarities between the meltdown in the financial services sector and the bushfires – the common element are those making policy decisions based on ignorance and ideology, implementing regulations that are antithetical to the interests of people.

The financial services sector is being burnt to the ground, make no mistake. The consequences will be felt for decades to come, long after politicians have retired. People are already now uninsured and many are uninsurable following the introduction of compulsory cancellation of funds with low balances last September.

God help the financially illiterate and/or time poor working Australians... It will take less than a generation to see the charcoaled remains of current government policy. 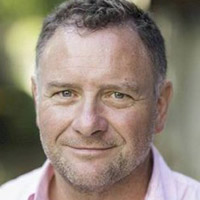 Last Updated: 09 March 2020 Published: 09 March 2020
blogs
12 commentsjoin the conversation
blogs
You don’t have to give away your insurance business to be independent
Coronavirus is just one reason to start virtual client meetings

A new normal: A time for innovation, empathy and connection