My clients trust me, just ask them

The objective of FASEA’s code of ethics is to shape professional conduct and encourage a deeper engagement with their duty to clients as well as wider society. However, there are immediate concerns that it is arguably ambiguous, impracticable and not fit for purpose.

The Corporations Amendment (Professional Standards of Financial Advisers) Act 2017 requires that relevant providers must comply with a code of ethics and any failure to comply must be notified to ASIC. The Financial Adviser Standards and Ethics Authority (FASEA) has introduced the Financial Planners and Advisers Code of Ethics 2019. The code “imposes ethical duties that go above the requirements in the law”. It comprises five values and 12 standards, the enforcement of which commences on 1 January 2020.

The benefits of having a code of ethics are part and parcel of a profession and act as bright beacon that helps guide professional behaviour. Ideally, it should be relatively easy to follow and grasp what behaviour is expected of those that are bound to it.

The objective of this code is to shape professional conduct and encourage a deeper engagement with their duty to clients as well as wider society. Engagement with the code should positively influence confidence, trust and better customer outcomes within the industry. However, there are immediate concerns, that it is arguably ambiguous, impracticable and not fit for purpose.  Recently, the “Association of Financial Advisers” (AFA) has referred to the FASEA code of ethics as “An Impossible Puzzle” (12 November 2019).

The FASEA code and guidance paper, in its present form, may not provide as bright a guiding light as we may had hoped. The code presents an uncanny resemblance to the 1970’s Rubik’s Cube toy that was a 3-D combination puzzle, that has 43 quintillion combinations and its very own 112-page guide called “you can do the cube”.  It seems that the FASEA code and its 39-page guidance paper attempts to cover the field to capture the many complex ethical standards, general law duties and legislation, the circumstances to which they may apply to can possibly result in just as many combinations.

For many within the financial advice industry, deciphering the code in terms of expected behaviours and what processes can be implemented within their businesses has been challenging. The example below aims to provide an appreciation of the difficulty and complexity of issues faced by those who are attempting to interpret and comply with this ‘Rubik’s code of professional standards’ which has its own unique set of twists and turns.

You can do the code – Trustworthiness

Intuitively, it is easy to understand why trust is listed as the first value in the code and complying with it should be relatively straightforward, so one would like to think. However, upon closer review its definition, measurement and application may not be as straightforward as first thought.

Various circumstances will cause fiduciary relationships to come into existence, which in turn create certain duties. Generally, in circumstances where there is asymmetry of information between a professional and their client, the client may generally be viewed as vulnerable. For example, between a financial adviser (professional) and their valued client. As such, several duties arise that include the duty to act in the client’s best interest.

It is not uncommon to hear the phrase “my clients trust me, just ask them”. However, would this satisfy the FASEA code value of “trustworthiness”?

Trust has been described by many scholars as early as 1967 as “multidimensional”. Scholars have provided us with many definitions of “trust” ranging from what may appear as relatively simple motherhood statements such as:

“The extent to which people are seen as moral, honest, or reliable” (Wrightsman and Baker, 1969).

To definitions relating to a trust within a financial advice context such as:

“The belief that the financial adviser can be relied on to behave in such a manner that the long-term interest of the client will be served” (Sharpe et al, 2007)

The Financial Advisers and Advisers Code of Ethics (2019) (the code) describes “trustworthiness” as:

“Acting to demonstrate, realise and promote the value of trustworthiness requires that you act in good faith in your relationships with other people. Trust is earned by good conduct. It is easily broken by unethical conduct. Trust requires you act with integrity and honesty in all your professional dealings, and these values are interrelated…  All the other provisions of this code must be read and applied in a way that promotes the values.”

This broad definition, as shown below, can and may well have been intended to domino into other areas of the code.

The FASEA definition of trustworthiness contains the terms “good faith” and “honesty”. If we assume these terms correspond to the established general law “duty to act in good faith” that applies to fiduciaries such as financial adviser’s, requires them to act with honesty and not for a purpose that is improper and will not act arbitrarily, impulsively or unreasonably.

A fiduciary must, when exercising their power (e.g. providing financial advice) take into consideration why that power was given to them without an ulterior purpose or motive (i.e. for some irrelevant purpose or in a way that undermines or prevents the client from gaining a benefit), put simply not acting with an intention to cause harm.

Standard 3 of the code states that “You must not advise, refer or act in any other manner where you have a conflict of interest or duty”. Page 7 of the FASEA guidance note FG002 states that:

At general law, the “conflict rule” will apply if there is a real sensible “possibility” of conflict between an interest of the beneficiary (e.g. client) and a duty of the fiduciary (e.g. financial adviser). The test for this, is that of a “reasonable person looking at the relevant facts and circumstances of the case, would think that there was a real sensible ‘possibility’ of conflict…not that you actually could imagine some situation which might…result in conflict”. (Phipps v Boardman [1967]; Commonwealth Bank of Australia v Smith [1991]).

A fiduciary must not profit from their position of trust (the “no-profit rule”) i.e. not to obtain any unauthorised benefit from the relationship.

In situations where the financial adviser provides advice and have a financial interest in that which they are advising upon, the adviser has a substantial duty. They must fully disclose relevant information and knowledge to the client and get the client the best terms which the client would have obtained from a third party. (Haywood v Roadknight [1927]).

Note: Although obtaining a client’s “informed consent” (i.e. providing full disclosure) is a defence against an alleged breach of fiduciary duty, however, the extent to which it is permitted will be determined by the court on a case-by-case basis.

There is a general law duty to disclose any conflicts of interest. Furthermore, AFS licensees are subject to a statutory obligation to manage conflicts of interest under s912A(1)(aa). Additionally s961J(1) sets out the “conflicts priority rule” and that clients’ interests must be prioritised in the event of a conflict.

ASIC RG 181.20 states that there are three mechanisms to manage conflicts that are:

(a) controlling conflicts of interest;

(b) avoiding conflicts of interest; and

Since the code refers to advice being free from any COI it possibly implies that the abovementioned options may be substantially narrowed or unavailable.

Potential areas that require further consideration, include, but are not limited to:

The complexity of the Rubik’s cube and its guide saw a great majority of people resort to “solving” the puzzle by rearranging each piece, by either pulling it apart or peeling off the coloured stickers.  Unlike Rubik’s cube, solving the code of ethics is not optional, also peeling off the stickers is likely to be viewed as unethical and possibly reportable.

My clients trust me, just ask them 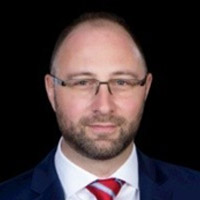 Netwealth has posted net inflows of funds under administration of $2.9 billion f...