The case for life insurance commissions

Kenneth Hayne’s recommendation in relation to life insurance in his final report for the royal commission was clear: Commission caps should be further reduced, from the amounts laid out under the Life Insurance Framework (LIF) and, “unless there is clear justification for retaining those commissions, the cap should ultimately be reduced to zero”.

In my view, a statement such as this from a royal commissioner should lead us to question much of the whole report and the motives behind it. How could someone with this much influence make a recommendation to abolish a core funding mechanism for such an important part of our social infrastructure without considering whether there are other good reasons not to do so?

Many will argue that the job of the royal commission was not to look at all of the factors at play but to only focus on misconduct. When you are tasked with reviewing and reforming an industry, you must consider all factors involved or risk creating other problems.

The government has been under intense pressure, trying to win a public relations battle by blindly acting on all recommendations. However, the royal commission report demonstrated on several issues that it has a narrow view and limited understanding of the broader issues of certain parts of the industry. Mortgage broking is an example where the government has clearly stated that it believes the royal commission got it completely wrong and this would have won them few supporters just before an election, so their level of conviction on this must have been high.

In any case, my view is that there is ample justification for retaining life insurance commissions as they are an important mechanism for ensuring that consumers can access professional and affordable life insurance advice.

The removal of the commission-funded model would suddenly and dramatically increase the cost of insurance cover for clients, as they would have to pay for advice out of pocket, in addition to insurance premiums.

Considerable amount of work in the life insurance process

There is an enormous amount of work involved in providing personal insurance advice to clients and arranging cover with insurers. Before any advice is provided, the adviser must gain an understanding of the client’s circumstances to determine what type of insurance they need and how much cover is required. The next step is to go through a pre-underwriting process to determine what health problems the client might have.

People forget that, often, this is as far as the process goes, and the adviser does not get paid. I don’t know of any other professions that provide this much value to a potential client free of any costs or obligations.

If the client proceeds, from this point the advice is provided through a statement of advice and then more time is required to guide clients through the application and underwriting process. Then, there is monitoring and ongoing advice as the client experiences life events and milestones, such as starting a family, that may require changes to their cover.

Finally, there could be a need for the adviser to assist in the claims process. I have personally managed claims for a number of clients over the years, and I know that being able to hand over tasks like liaising with claims managers to a financial adviser can be a huge benefit during what is often the darkest time of their life.

Throwing the baby out with the bathwater

Under the current model, the commission is paid by the insurer because the client is introduced by the adviser, but also because it saves the insurer time during the underwriting and claims process.

Research in Australia and abroad has shown that consumers have no appetite for paying out-of-pocket fees for life insurance advice, especially without any guarantee that insurance cover will ultimately be available to them. As many pundits have already said, it would create a situation where it will be mainly the wealthy taking out life insurance, as it did in the Netherlands.

Furthermore, you can’t expect that consumers will agree to pay out-of-pocket costs when there is a problem of public trust in the life insurance industry. A 2017 survey by PwC found that while 78 per cent of Australians think life insurance is important, just 42 per cent believe their life insurer will be there for them should they need to make a claim.

Then there’s the issue around younger clients. It’s already a difficult task to get younger clients to think about life insurance. This will become a near impossibility if you tell them that they have to pay an out-of-pocket fee.

Australians are chronically underinsured as it is. According to Rice Warner’s Underinsurance in Australia 2017 report, the underinsurance gap between current levels of insurance and what families need to maintain their quality of life until retirement is a massive $1.8 trillion. As underinsurance increases further, this will place greater strain on the welfare system as more people seek financial assistance for serious injuries and disabilities.

Another concern is that, as a result of these changes, clients will gravitate towards inferior or inappropriate “self-service” or online insurance products.

Many financial advisers will say that if clients don’t want to pay a fee for advice, then that’s their problem and it’s too bad if they get inferior insurance or none at all, and it’s more important for the industry to make the transition to a profession. However, I think this is a callous attitude which puts the needs of the advice community ahead of the public interest.

I’m all for our industry becoming more professional. However, I would like to see it done in a way that allows more Australians to access advice, not less. The hypothesis that if we appear more professional then more people will obtain advice, no matter how much it costs, is an unrealistic and irrational fantasy. For the vast majority of consumers, a commission structure for life insurance is actually beneficial and can be quite sensibly justified. We’re in real danger of throwing out the baby with the bath water on this one.

The case for life insurance commissions 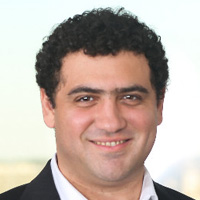