Leadership after the Hayne commission

The banking royal commission has been tough on financial services, and as the industry navigates its way through the changes that will come about when recommendations start being implemented, it’s also going to be tough for the industry.

A Swinburne University of Technology survey of 1,000 Australians, undertaken just before the final recommendations of the banking royal commission were handed down, and published in The Conversation, revealed that more than a third (35.4 per cent) of those surveyed believe leaders of banks and financial institutions are the most self-serving in the country.

They ranked worse than all levels of government, religious organisations and trade unions in terms of ‘leadership for the public good’.

But leaders have their work cut out for them in more ways than one. As well as being tasked with the responsibility of restoring consumer trust, they may also be leading teams that are dispirited by the outcomes of the royal commission and disillusioned by the industry as a whole. Leaders themselves may be also feeling dispirited and disillusioned. This can profoundly affect productivity at a time when it’s needed most and can also lead to burnout.

How can leaders help themselves and their teams overcome negativity, restore high performance in the workplace and avoid burnout? We believe it takes a physical, neural and mental approach that combines neuroscience, sports training principles and psychology.

From a physical perspective, exercise, getting enough sleep and feeding the body great food improves fitness, which enhances performance. It also encourages optimism, builds resilience, enhances strategic thinking and inspires creativity and this will have a flow-on effect in terms of productivity.

When we talk about a neural approach, we are talking about using brain science to perform in the most efficient way possible. Every brain functions in its own unique way and once you understand a bit more about how your own brain works, you can start working with rather than against what’s natural for you. There are many neuroscience hacks for improving productivity. For example, some brains function best in the early morning, some in the afternoon and others late at night. You will perform better and be more productive if you structure your day so that you do the most challenging work when your brain is in high performance mode.

Being mentally fit helps to develop the mindset needed for high performance and given the events of the banking royal commission, many people may have felt their mental fitness has been challenged, so this is an area I want to talk about in a little more detail.

A useful first step is to question any belief that is getting in the way of productivity or success, to ask what might be possible if that belief were untrue. The next step is to look for evidence that the belief is untrue and start piling that evidence up.

When we have a mountain of evidence, we can then actively choose to create an alternate belief and start behaving as if the new belief is already true. A new neural pathway is formed, and the old, self-limiting belief becomes buried under the weight of the new belief.

If you feel your mental fitness has been challenged, start with the easy stuff to create new neural pathways – for example, make a habit of listing three things that went well in a day, and mindfully thinking about what you are grateful for. The time when these simple exercises are the hardest is the time when you need to do it.

If you are further along the mental fitness spectrum, start reframing negative thoughts about the situation to uncover the opportunities lying within the difficulties. This is a little tougher, so you need a higher level of mental fitness to start with, but this is where we see people really thrive in seemingly adverse conditions like the current financial services environment.

We are not saying it is going to be easy, but these are the kinds of exercises leaders can also be suggesting to their teams to help train their mental fitness. That said, mental fitness is one thing. If you feel like your mental health or the mental health of anyone in your team has been impacted, it's important to seek professional help.

Leadership after the Hayne commission 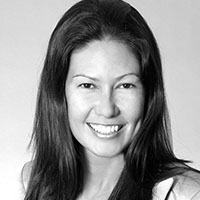