The demise and fate of AMP and other institutions shows why vertical integration is now dead and should have been banned under FOFA.

Clearly the vertically integrated model structure should have been banned under FOFA’s conflicts of interest and organisations that are too focussed on shareholder value with a poor management culture are a significant threat to the members or policyholders of the in house investment funds.

Many believe AMP should never have listed,and that it would have better served its policy holders by concentrating on providing them direct value with lower margins and stronger management teams. When an organisation heavily features in the 10 worst Superannuation’s funds in history there is a clear message to both Advisers and Consumers to stay away from such a culture.

Their ‘buyer of last resort’ [BOLR] mechanism is a profoundly conflicted threat to consumers and should be banned by ASIC.

AMP is well known for only appointing from within when filling senior management positions, this potentially toxic environment only perpetuates poor culture. They need a major clean out of the Board and Management team to survive.

But AMP is not the only one. The past week has shown that vertical integration is well and truly dead in the eyes of the government, courts and consumers.

The AIOFP started preparing for this new world a long time ago.

In the late 1990s Members did request the AIOFP Board assist them with establishing White and Private Label structures which was popular across the industry at the time.

But with the implementation of FOFA and the dramatic reduction in management fees over the past 5 years, this activity was terminated by the AIOFP Board due to the potential for conflicts with client objectives – something AMP and others should also have done.

Finally, a clear message to consumers has been to seek advice from Advisers who are not aligned to Institutions.

An equally clear message to both Politicians and ASIC is that their policy around s923A is not in the best interests of consumers, they need to be able to easily differentiate who they are actually dealing with when selecting an Adviser.

Peter Johnson is executive director of the Association of Independently Owned Financial Professionals. 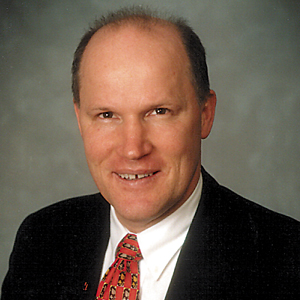