‘Goals-based advice’ is not new

So-called “goals-based advice” is not a new phenomenon, but it could be a good PR exercise for the advice industry.

The new rage in financial planning is “goals-based advice”, so as I believed that is what should already be happening, I decided to go along to the Association of Goals Based Advice conference last week to see what the hype was all about.

Goals-based advice is not defined and means different things to different people. However, at the core is the belief that the adviser is engaged by the client to help them come up with strategies to achieve their objectives. Again, I was struggling to see how this should be a new concept.

After spending nearly 20 years in this industry you become very cynical, so after 20 minutes I threw these guys into the same group as the “fee-for-service” zealots. That is, they are applying a label to effectively degrade others within the industry that do not have that same label as a means of promoting their own services. In short, a marketing stunt. So off I rant, yet another group of advisers sending mixed messages to the public and we wonder why a large portion of the community don’t understand what we do.

They were using the word “new” a lot, which I felt was disingenuous as there was absolutely nothing “new” being discussed. I then reiterated to my colleagues at the table how can any advice be in the best interests of the client if it does not satisfy the client’s objectives? If it doesn’t satisfy this then it is illegal, so why do we need an organisation applying yet another divisive tag within the industry participants?

However, after a while it became apparent this was not what I had suspected.

These were a group of advisers and industry participants that have acknowledged the past of our industry and a large portion of those within it. When you discuss Storm and other bad behaviour done by the banks or financial advisers it is an indictment on all of us. This is probably why our perception by the public is so poor and exactly why legislation like FOFA was brought in. Saying that’s not me, is not an effective public relations tool for the industry as a whole. Whilst as a firm we had to change very minimally the way we did things under FOFA, as this is fundamentally sound legislation, we don’t want to risk the next batch of government “help” on our business.

If associations like this can assist in the PR of our industry, be it with the public or the regulator, to garner trust then I think the idea has merits. I would caution the association not to be narrow in their terms or too prescriptive in the approach. This will ensure that a range of advisers offering different methods to achieve the client’s goals can be part of the collective. I would also resist the temptation to market it as a “new” approach and simply make achieving clients objectives an emphasis for the group.

The underlying outcome of achieving client’s goals can be achieved in many different ways, and it is this outcome that is of paramount importance to the clients. Indeed, the lesson to learn from the “fee-for-service” zealots is that there are many ways an adviser can offer a service to a client in a way that satisfies them in achieving their goals. If there is adequate disclosure, it is legal and there is agreement because the client sees value, then that is exactly how the free market operates and is a positive for our industry as consumers have choice.

‘Goals-based advice’ is not new 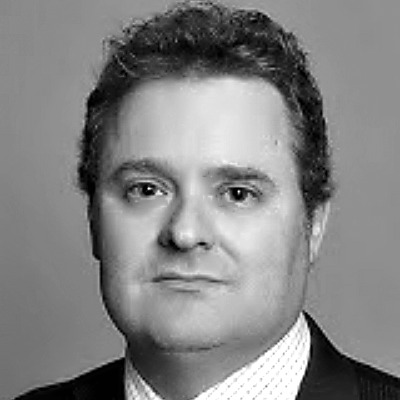