The true cost of reform

Financial services industry reform, designed to improve consumer outcomes, may in fact have the opposite effect.

At what point does the cost of reform take away the benefits of advice?

This question needs to be asked because at this point in the advice industry’s evolution, the true cost feels excessive.

Australia is underinsured. The pension bill is horrific and social security costs, which currently amount to 35 per cent of the government’s total expenses, are escalating every year.

In fact, according to a recent ASFA report, under-insurance in relation to death, TPD and income protection costs the government more than $1 billion annually in additional social security payments.

The government’s own estimate is that $191.8 billion will be spent in 2019-20 on social security, not including other welfare payments, such as health and education and income support for students.

How long can we as a nation go on like this?

We are at serious risk of becoming a welfare state and while welfare is important, we should be being encouraged to take care of ourselves and our families via superannuation and life insurance. Life insurance is a grudge purchase – although everyone needs it, no-one wants to buy it. But instead of encouraging people to get it, more and more obstacles are being put in the way.

These obstacles come in the guise of a number of additional costs imposed on the advice community as a result of financial advice reform.

These costs, accompanied as they will be by a decline in adviser revenue, are likely to make advice so expensive to deliver, that it will put many small business advisers out of business and/or so expensive to access, consumers won’t be able to get it.

We have itemised the costs. They speak for themselves.

New costs that will impact on the advice community include:

Financial advisers who earn income from providing a tax (financial advice) service must now be registered with the TPB. These fees range from $400-800 per adviser every three years.

2. ASIC Supervisory Cost Recovery fee – estimated $1,500 per licensee plus an as-yet-to-be-clarified fee per adviser, which could also be as much as $1,500.

This fee, due to be introduced as early as the beginning of next year, is to fund ASIC’s supervision of the advice industry. But the lack of clarity around how much the per adviser fee will be is almost as troubling as the introduction of the fee itself – it makes it very difficult for advice businesses to make meaningful financial projections.

Announced in the federal budget this year, the new AFCA will replace three existing consumer complaints schemes – the Financial Ombudsman Service, the Credit and Investments Ombudsman and the Superannuation Complaints Tribunal. The estimated cost to fund the amalgamation and form AFCA is $137 million in the first year alone. We believe this cost will ultimately be borne by licensees, who will pass it onto advisers, who will pass it onto clients – but again, these are only estimates, there is no clarity around actual costs.

The second effect of AFCA is that the limit for individual consumer claims will increase to $1 million per claim. This is highly likely to increase the cost of PI cover for advisers. But by how much? Again, we don’t yet know.

From 1 January 2019, advisers entering the industry must have a relevant degree and must be supervised. All advisers, new and existing, must pass an industry exam.

Business degrees majoring in financial advice can cost in the vicinity of $10,000 a year from a major university. That creates a barrier to entry. But at least it is a cost that can be reasonably quantified. It’s not as easy to quantify the cost of supervising new advisers, which again is an expense borne by the financial advice business and ultimately passed on to clients.

However, it’s the cost to advisers already operating in the industry that causes us more concern.

To be exempt from the opt-in requirement introduced as part of the Future of Financial Advice (FoFA) reforms, financial advisers must be bound by a Code of Conduct. The simplest way for financial advisers to do this is to become a member of a professional association, in effect making professional association membership compulsory. There is obviously a cost attached to this.

Financial services industry reform, designed to improve consumer outcomes, may in fact have the opposite effect – because it may ultimately force small business advisers out of business and price life insurance advice out of the reach of the very people who need it most.

We are working with our advice network to ensure they have the support they need to continue providing advice to everyday Australians. We will continue to have a voice with government and to work with the industry to ensure advisers are represented and heard.

Michael Harrison is the chairman of non-bank licensee Synchron.

The true cost of reform 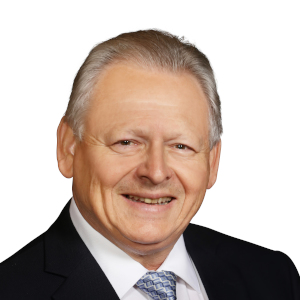