Calls to abolish the statement of advice are absurd and only serve the interests of opportunistic litigators.

For an article primarily concerned with the managing and disclosure of conflicts of interest, David has failed to address his own conflict of interest; not that his firm “specialises in financial services litigation”, but that it indeed specialises in litigation against financial advisers.

To suggest that a financial adviser should provide advice to a consumer without explicit disclaimers and that they should simply rely on “an obligation to form their own view” is absurd.

It is nonsensical for a lawyer to suggest that any professional not have their clients sign a document acknowledging the risks involved and disclaiming or indemnifying that professional from future litigation. One would safely assume that lawyers themselves do not simply waltz into court on a handshake agreement and an understanding that if something goes wrong, the client will be okay with it.

I will not argue the fact that conflicts of interest within the financial advice sector are often poorly understood by consumers, but abolishing the main source of education on this issue and instead relying on some sort of lofty sense of personal judgement is perverse and serves no one except opportunistic litigators.

The question then remains: how do we improve the quality of advice and advice documents without exposing advisers to even more legal risk than they currently face? I would propose two immediate improvements:

The level of inane detail present in the vast majority of SoAs detracts from the advice itself and increases the chance a client will gloss over important details.

I do not think any individual would make a decision about their financial future based on whether they are 2.06 per cent overweight in domestic fixed interest, or that one product has a 0.02 per cent operational risk reserve and another has none.

These silly details impair an individual’s ability to judge advice on its merits, including whether they think their adviser has been unduly affected by the ownership or other offerings of their licensee.

I’m not suggesting that these intricate details be neglected entirely. Research must still take place and be properly recorded, but it should not be present in the middle of an advice document and would instead be better placed in a supplementary that could be delved into if required.

APLs should not exist in their current form. It is unconscionable for a licensee to prevent or impair their advisers from recommending legitimate and common products like TAL or ClearView. Total removal of APLs is not a solution, nor is the government’s weak attempt to mandate larger APLs. I don’t pretend to have a solution to this issue, but it is a real concern and a stain on the entire industry.

These basic steps are not without their hurdles.

It is unlikely ASIC will support providing less paperwork to consumers. Their recent attempt at a benchmark risk-only SoA proves that they are completely out of touch with the industry and care more about punishing wrongdoings than preventing them.

Institutions have millions of dollars invested in their vertical distribution channels and will fight tooth and nail to protect them, with huge funding available to support their cause.

In the end it comes down to licencees and individual practices that are willing and able to improve the quality of their advice delivery and gradually increase their market share. The easiest way to enhance that advice delivery is with a transparent, modern and professional statement of advice.

Nick Topham is founder and director of Clique Paraplanning. He completely discloses his interest in maintaining the Statement of Advice as the primary source of financial advice documentation. 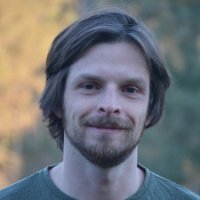 Last Updated: 31 October 2017 Published: 30 October 2017
blogs
20 commentsjoin the conversation
blogs
If I took over your marketing, what would I do?
Making a winner