The hemlock of reform

The IFA sector should walk off the ball park and reinvent a way to communicate to their target market instead of being continually sucked into a vortex of debate and conspiracy.

The constant political and regulatory storm that engulfs the financial services sector, and more specifically continues to damage the non-aligned advisers, is being responded to with customary goodwill and enthusiasm to see change as opportunity; but those in the IFA sector who are responding to this have made a category error in raw fundamental terms by assuming that the concept of being independent is the sum of the parts as defined in s923A.

The meaning of independent or non-aligned in its contextual sense; that is, in the sense that it embodies a professional sector in relation to the delivery of advice free of the influences of institutions and or other best interests, contains some of those elements detailed in the Corporations Act but it is not the product of an equation or tally sheet.

We can use this approach when creating rules around process, but whether you have met the required number of points to be independent is insufficient at best and a categorical error in any event, with implications for the entire industry now and in the future.

For example, a division in the military sense is made up of platoons, battalions and squadrons etc, but its existence isn't contingent on a quota of each of these component parts, it exists even in the absence of these.

In much the same way as an independent sector is not a category of units on a checklist but a category itself that includes the units that one would normally ascribe to its meaning and that exhibits and has characteristics that one (the man on the street test) would recognise as true. Any other approach is to compromise the integrity of the term, subjecting it to a range of arbitrary high-watermark tests without the knowledge and control of the tide.

For the sake of clarity, a university can exist in the absence of buildings – it is no less an academic 'institution'. In the same way, an adviser can be a member of the 'independent sector', indeed independent, while failing at face value a benchmark test prescribed in an attempt to define out rather than in advisers who are otherwise independent.

A better way would have been to recognise that the nature of independence can flourish in many forms; fee-for-service is but one. If honesty was to prevail, a practice that is totally reliant on the fees it generates from its engagement of clients cannot be truly independent of the influences and imperatives this creates on their profit and loss.

Why is this important?

It's important because if one's fundamental understanding is flawed, then the response to creeping regulation and other frustrations from the interfering bureaucracy and vested interests cannot seek to address the real issues in relation to how the financial services industry evolves during the next generation of advisers.

In other words, we are now scurrying around to ensure that we meet the terms of the definition in s923A and arguing over who gets to wear the badge of honour rather than concerning ourselves with how to continue to build a great independent advisory sector that is free of the influences of vested interest.

Grinding issues that have arisen as a result of this approach are simply that an organisation or adviser can be defined out of the current term independent for receiving a commission from the product provider, despite the fact that the advice may be totally agnostic and untethered to the provider other than payment for a product or service provided.

The mere fact that a business receives a commission from a product provider cannot be assumed to have compromised the advice if other measures taken in the context of the adviser-client relationship are in place and have been taken into account.

Sadly, we have reached this place and rather than recognising this error for what it is, we are emboldened by the spoils that winning this niche argument might disgorge and the spurious competitive advantage we think we might gain from it.

Whats more interesting is that there is a section of the industry that actually believes most people care – the only reality is that most people don’t get advice so they hardly care.

The institutions service most that do, and the IFAs have made some small but insignificant inroads into this. Lets not confuse the opportunity of providing an integrated advisory service left open by the ‘big end’ of town with a pointless pursuit of a now meaningless title. To be clear, independence is definitely an advantage if independence is understood for the qualitative characteristics that lend weight to excellent advice – whether you qualify for the honour is and will remain problematic.

The independent sector should walk off the ball park and reinvent a way to communicate to their target market. Why we are continually sucked into the vortex of the conspiracies that regularly creep out of the offices of the 'guardian angels' can only be a reflection of the stockades of process that continually asphyxiate the fiduciary of sound advice.

Insofar as this category error contributes to the debate, we are now finding ourselves accepting (at least by tacit approval) the error as truth, and the result is that we expect to be able to make sweeping changes to the remuneration structure of an entire industry. Yet we have not seen acknowledgement that the reason this is remotely possible relies on the financial legacy bequeathed from a former regulatory period to support the transition to compliance with s923A i.e. fee-for-service. It will not, however, support the introduction of new advisers, bereft of a client base to join the industry, nor will it allow the breathing space between adviser remuneration and client expectation during what is at times a grudge purchase to soften the cost of the transaction. Time and again the debate is driven by salaried mouthpieces who only ever seem to talk, chastise and lecture on managing change.

We are kidding ourselves to think the new advisers without sufficient capital to purchase existing businesses will be able to survive in an environment where they're asking clients to pay less than what would be adequately required to sustain a proper operating platform. The first resistance point is the 70 per cent of people who don’t get advice, and the rest are increasingly price sensitive. Finding people who see the value in paying an adviser for what they consider to be the bleeding obvious, and if not obvious certainly easily Googled or similar, is the real challenge of the future. If and when an adviser finds them, I’m confident the smart IFA will present their independent credentials in a way that the client finds acceptable. The rest is posturing.

Some advisers will argue with this, and there are many heroes out there who say the clients are quite happy to pay handsome advisory fees for the advice they receive. Sadly, these advisers have generally been investment minders and will now face the cold breeze of technology that has significantly reduced the costs of managing a portfolio to next to nothing. If this is not the case then their client base was created in a bygone era among what we now know was the Baby Boomers who are blithely unaware or don't necessarily care about their advisory fees, certainly nothing that a good golf day can't fix; however this is not the case with Gen X and Y, who are quite prepared to "vote you off the island" for not returning a phone call within 10 minutes.

When I watched the panel at IFA-CON, I couldn't help but think that the discussion was solely about how they were going to manage the transition of the legacy businesses they had the carriage of into the new era of fee-for-service. This seemed to be without any thought as to how this will impact the management of new advisers into the business so they too can make a living without the benefit of transactions that may have occurred years ago.

Frankly, we should be very careful of going down the same road as accountants and lawyers, who are at the cutting edge of innovation in fee-for-service that has become a pervasive way to fee scrape. Moreover, the financial services industry does not have the benefit of structural demand.

The financial planning industry is drunk on the pursuit of an erroneous concept of independence, which will have far-reaching consequences into the future.

The debate is dominated by highly salaried managers who have little insight into what is at stake with this feckless surrender to the nonsense being pushed by the regulator, the institutions and various other vested interest beyond the next three to five years of their specific business.

Independence is but one petard IFAs have joyfully hoisted themselves upon, there are many others and many still to come.

No doubt the ‘hemlock’ of reform is intoxicating.

The hemlock of reform 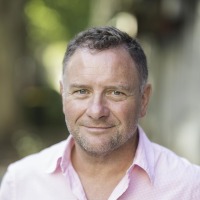