Weighing in on the gender debate

Albert Einstein once remarked that the definition of insanity is doing the same thing over and over and expecting a different result.

The truth is while many of us hope to progress and do better each year, it’s impossible to achieve this if we don’t change. And the same principle definitely applies to the desire to see more diversity in business. If we don’t put steps in place to make this happen, our aims will be fanciful at best.

Personally, I think the current system still needs some work and we likely need to kickstart positive change to ensure it will happen quicker than it has in the past.

That’s why it’s commonplace to see quotas and targets to help rebalance the proportion of females in business. Although the jury is still out around whether it’s the best way, there is no lack of rich debate around this issue.

First we need to clarify the difference between quotas and targets, which are often used interchangeably but serve different purposes. Targets are voluntary, specific measurable objectives set by the organisation, at its own discretion within a set timeframe. And quotas, like targets, are timebound, but are mandatory and generally incur some sort of penalty if they’re not fulfilled.

The Workplace Gender Equality Agency (WGEA) says a disciplined approach can help to provide organisations with the necessary focus to improve gender balance.

But not everyone is on board with this idea. Some say such approaches are little more than window dressing and complying with such enforced rules are patronising and demeaning towards females, because they only create a larger rift between the genders.

So the challenge is, how do we make positive change a priority, but also create a system that isn’t tokenistic?

I became personally very involved in gender diversity when I started to see young female graduates looking at older women who had been in business 10-20 years. And they felt assured gender discrimination wouldn’t affect them nor would there be any roadblocks inhibiting their success. I recognised that look. I once had it myself.

20 years has passed, it’s hard to say whether much has changed.

Sure our system is shifting to increasing its proportion of females, and I am proud to work for an organisation that will have 50 per cent females in leadership positions this year. So positive change is definitely happening.

More broadly speaking, I think most would agree that it hasn’t happened soon enough.

So what’s the hold up? We can’t put the onus on institutions for not hiring enough females.

So where does that leave us?

If there is no enforced need to change, it’s pretty hard to accept that there will be change.

Change has been slow because there haven’t always been metrics in place to measure our success or otherwise.

But we need more than a focus on the end result, we need guidance to get there. Females want support and need to feel empowered. This is one of the reasons BT created The Stella Network in 2013. And I am proud to lead the network, which now boasts over 2,450 members.

The purpose of the network is to provide a community for males and females to help improve gender diversity in financial advice.

These type of initiatives alongside measurable goals can help to fast-track our path to achieving diversity.

If we want to achieve true diversity there will need to be some change. How do you think we should get there? I’m all ears.

Weighing in on the gender debate 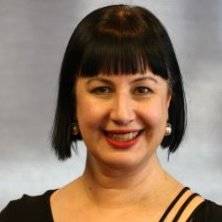