Taking the tech bull by the horns

Financial adviser fear of technological disruption is being replaced by a constructive atmosphere that was on display at the Adviser Innovation Summits.

Thousands of miles away from the fearless pit of Silicon Valley, where opportunity is everything short of pumped into the oxygen of those breathing in the air, it was exciting to see so many advisers and industry professionals line the seats of the Adviser Innovation Summit 2017.

Managing director of Midwinter Julian Plummer’s words echoed through an auditorium brimming with finance professionals last Thursday, as he pointed to the front row of delegates hunched over their smartphones, tapping away with eager thumbs, eyes glued to their small screens.

“After all, I’m up here on stage with a damn microphone, and you’d all still rather look down at those things.”

And he was right.

We don’t just love our smartphones, they are now just an extension of who we are. I can’t think of an instance where my first port of call isn’t my smartphone anymore – whether it’s to organise plans, order a pizza, shop for shoes, research my next holiday destination, send emails, update my Facebook status, post a picture on the gram, call my mother, check my bank balance (yikes), enter my calorie intake for the day (double yikes), google the lyrics for that song, track my steps, dare I say swipe left or swipe right, book a flight – the list goes on and on and on.

Mr Plummer went on to say, “In times gone by, the busiest bank branch by transaction was Westpac in Martin Place Sydney. As mobile banking has exploded, the Bus Route 333 (Sydney CBD to Bondi Beach) is now where the most banking transactions are made. People just don't have the necessity for face-to-face interaction when it comes to simple transactions anymore. They want to carry these out themselves on their terms, in their time. The same is occurring within financial advice.”

In other words, the world isn’t changing – it’s already changed. If we want to increase the uptake of financial advice, advisers need to be on that bus with those people. Digital is increasingly a mobile first experience. For Millennials, mobile is a necessity to everyday life and is no longer optional or a 'nice to have’. Digital advice is giving advisers the opportunity to genuinely make their client engagement technology work for you by allowing you to meet your clients where they are hanging out – on their smartphones and devices.

This isn’t just another neat, shiny ball for you to stare at, this is one you can implement. And there were countless others showcased throughout the day.

As Peita Diamantidis from Caboodle Financial Solutions explained during her presentation – implementing new technology doesn’t have to be a huge ordeal, even if you’re a smaller practice. In fact she stated this as a positive, because “being small makes you nimble – you can adopt, iterate and pivot faster”. You aren’t turning the QE2 around.

Boutique adviser Adrian Patty echoed this attitude saying, “Anything a human doesn’t add value to, they don’t need to be doing. Running a small business means I don’t have a lot of time to get bogged down. So, I don’t do anything that technology can do for me.”

Individuals tend to become more risk-averse when they don’t understand the situation they are facing. That’s natural human instinct – and hard to judge, but gives cause as to why financial services in Australia has been a bit slow on technology uptake.

But once we understand something, that almost always removes the first fear barrier. I witnessed this happen instantaneously at the AI Summit when managing director of Netwealth Matt Heine brilliantly explained Bitcoin and the blockchain. I watched on as a room that initially looked cautious immediately began to murmur to one another the possibilities that the blockchain provided for their businesses.

There may be some pockets of our sector that have been on the backfoot when it comes to adopting the future (and in many ways the present). But there seems to also be a new breed of beast, or perhaps the proper word is ‘geek’, that are eager to learn, eager to start, eager to take the tech bull by the horns and let it do the heavy lifting for them. As NowInfinity founder and CEO Amreeta Abbott stated, “It’s hard to sit still when it comes to tech.” I was delighted to have been among a group of people who shared the same sentiment over the past few weeks.

After all, I think many advisers are past the point of being scared of technology. Instead of fearing to be replaced, they’ve reached the point where it’s time to nut out exactly how they can make it work for them so they can free up their time to be doing what they do best – improving the lives of their clients.

Taking the tech bull by the horns 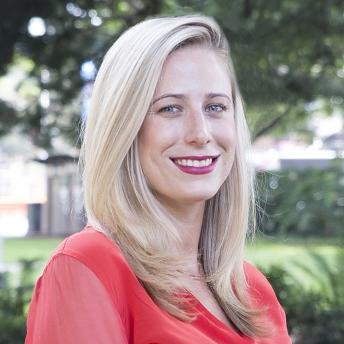