Commissions by another name

Asset-based fees are nothing more than a sneaky way for advisers to stay on the gravy train despite the banning of product commissions.

I remember back some 25 years ago when I first got started in the financial services industry. The rules around giving advice and disclosing any interests we had in that advice was nothing like it is today (back then the laws about a ‘statement of advice’ – which has been with us for well over a decade now – was still more than a decade into the future).

I remember back then at the insurance company I was a salesman for, we had to take it in turns to be ‘agent on duty’. Whoever drew the short straw had to spend the whole day stuck in the office, so that someone was available for walk-ins. However, towards the end of the financial year that seat was hotly contested because the walk-ins were no longer time wasters, they were there to make their $3,000 contribution to super to get their end-of-year tax deduction. This contribution ended up in whatever we had to work with, which was usually super policies that paid sometimes as much as $2,000 in commission. Not bad for a few hour’s paperwork.

I don’t remember where we had to disclose the commission, but I sure remember it not being something that was overly laboured on with the client. Nor were they particularly interested, either – by and large they weren’t interested in reading long-winded advice, they were there to claim a tax deduction. You can well imagine, though, that disclosure of these types of commissions became a fairly touchy subject.

In the late '90s a comprehensive investigation into Australia’s entire financial system was conducted and it gave rise to the Financial Services Reform Act in the early 2000s. The investigation came to be called ‘the Wallis inquiry’, after the chairman, Stan Wallis, a successful businessman who won the Centenary Medal in 2001 for his work on the inquiry. Stan Wallis was pretty sharp.

For instance, he called for the mandatory licensing of real estate agents selling negative gearing packages because they were clearly giving investment advice. He also had this to say about commissions and their ability to distort the quality of advice:

It appears that the information disclosed to retail purchasers is too voluminous and legalistic in many cases to serve its purpose. […] The inquiry also believes that consumers need information about fees, commissions (including trailing commissions) and the remuneration paid to their financial advisers or brokers so that they can determine whether a recommendation is skewed in favour of a particular product. – Wallis Report, March 1997

Wallis noted that accountants and lawyers also provided financial advice but he said that licensing arrangements needn’t apply to them because their professional standing, ethics and self-regulatory arrangements were sufficiently reliable. Unless, he said, the lawyer or accountant changes their remuneration in a way that alters the nature of that professionalism:

However, a clear distinction needs to be drawn if an adviser acts on an unrebated commission or similar remuneration basis which substantially alters the character of the relationship with a client and places such advisory activities on a footing similar to that of other financial advisers. In such cases, financial market licensing should be required. {…] Professional advisers, such as lawyers and accountants, should not be required to hold a financial advisory licence if they provide investment advice only incidentally to their other business and rebate any commissions to clients. – Wallis Report, March 1997

All aboard the gravy train

With this sort of legislative and media backdrop I can well imagine a bunch of suits in a boardroom agonising long and hard, “How can we keep the gravy train running without upsetting the apple cart?”

Little slice of genius really. It’s calculated precisely the same way as a commission, as a volume of product bought by the client, but it’s a much more palatable disclosure to make. After all, asset fees aren’t junket or payola paid by banks and insurers, they’re fees deducted from the client’s investment account.

In practice it makes not a lick of difference – regardless of who pays it, it’s an incentive and the ‘adviser’ doesn't get paid unless the client is convinced to enrol in some sort of transaction. It’s a method of remuneration that tries very hard not to look like a commission but operates as an incentive in precisely the same way.

The weak rebuttal has been put forward that an asset fee aligns the interests of the adviser and the client – the adviser receives more money for doing his or her job well and growing the client’s asset, and the remuneration reduces for doing a bad job. Not only is this a lame argument, it just doesn’t stack up: an adviser who loses 10 per cent of his or her client’s capital by doing a bad job still earns 90 per cent of the fee … ask the client who started out with $1 million whether this was a good deal!

Here’s an idea though …

If you are genuine in your desire to align the interests of the adviser and the client, stop pretending conflicts of interest serve some useful purpose for the client (because they don’t, they only serve the intermediary) and simply remove them.

All that's left is a fee that you charge to do your job.

The IFAAA will be hosting a series of webinars on how to go independent, including switching from asset-based fees. Check out the association’s website for details.

Daniel Brammall is president of the Independent Financial Advisers Association of Australia (IFAAA).

Commissions by another name 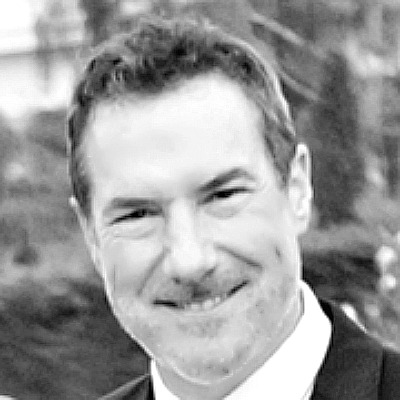