It would appear that the regulators in Australia and New Zealand are failing to provide consumers with much-needed clarity on the difference between the selling of financial products and the financial planning process.

The reluctance to delineate clearly between a sales process and an advice process causes difficulties for a number of stakeholders. In the context of the financial services industry, selling a product is a totally different function from providing advice. So making clearer the difference between these two functions should be a prime objective for regulators.

In the consultation process during the review of the Financial Advisers Act (FAA) in New Zealand, a number of submissions called for a demarcation line to be clearly drawn between the two processes.

The New Zealand regulator failed to outline the difference between selling and advising in the review, in the mistaken belief that drawing such a distinction would favour one distribution model over another.

This is a fundamental error that has slipped almost unnoticed through the review process, but it remains as the single most potentially damaging issue for all stakeholders if it isn’t addressed properly.

The same issue has surfaced in Australia and, contrary to orthodox opinion, the attempt to blur the lines between selling and advising has not, and will not, work to the advantage of vertically integrated companies.

Let's get this straight, there's nothing inherently wrong, sinful or negative about the concept of selling. Robert Louis Stevenson rightly stated — "Everyone is selling something."

This is as true for the neurosurgeon who sells his medical expertise, to the sportsperson selling their prowess and athleticism, to the politician who sells their future view of an improved world for voters.

In the same vein, a financial adviser sells advice — which may or may not include a product solution.

But the procedures are quite different and they diverge early in the process of providing a solution to the client.

Once a client and the product salesperson agree on a course of action, all that remains is to confirm quantum and to go through the process of implementation.

In the case of a financial adviser, the process goes in a diametrically opposite direction. Instead of reaching for documents to commence an application process, the financial adviser embarks on investigation, researching and analysing solutions. The adviser and the client are faced with one clear distinguishing feature that does not form part of the process for the vertically integrated organisation’s advice process, that is, a choice of products.

With vertically-integrated businesses, an Approved Product List (APL) may consist of only one product, so choice is absent. The only measure of success here is as many sales as possible.

But this is neither negative nor critical, provided the consumer is made aware of the process and can clearly identify that no choice is being offered, that the range of solutions available has not been compared and evaluated, and that there is no capacity to do so. The function of the sale is legitimate, appropriate and commercially valid, where this is disclosed to the consumer.

But to call this process ‘advice’ is a misnomer and the regulators on both sides of the Tasman are doing industry participants and consumers they purport to serve no favours by considering this an advice, rather than a sales process. And the position of vertically integrated organisations is especially compromised as their APLs serve their own profit centres.

Advice requires the adviser to exercise judgment, discretion and ultimately, based on experience and qualifications, to make a recommendation to the client. Financial advisers, by their nature, must have more than one product in any category on their APL, and offer a variety of choices for real solutions to be developed.

In the New Zealand context, the Code of Conduct — which is proposed to apply to all ‘advisers’ — will surely catch employees of the vertically integrated organisation. This will inevitably lead to significant expense, and I have no doubt that these organisations will resist funding the expense of meeting code standards for what is not an advice process.

But regulators need to recognise and acknowledge the facts and provide the proper regulatory framework within which vertically integrated organisations can operate. Forcing them into a 'best interests' or 'client interests first' situation distorts the picture for consumers. It also causes confusion among managers of these organisations that face a duality of standards.

So rather than leaving consumers guessing, it would be better to refer to the product salesperson in more accurate terms, eg Westpac product specialist, which describes the function perfectly — no confusion, no obfuscation, no ambiguity.

Added with the required disclosures as outlined above, then the function and position of the ‘product specialist’ would be clear.

This also leaves the consumer in no doubt when dealing with a financial adviser that there is an obligatory process to be followed by the adviser, as per the Code of Conduct, that relates to securing the most appropriate solution available in the market.

So making clear the functions of the various providers of financial guidance and products must be a key objective for regulators to protect consumers.

For far too long, these issues have been neglected and been a source of confusion and uncertainty, and it’s time these should be addressed. In this instance, regulators on both sides of the Tasman appear to have dropped the ball.

David Whyte is the chairman of SuiteBox 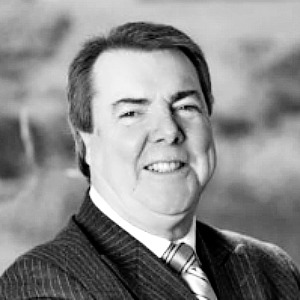