Technology is changing rapidly and advisers can afford to be more ‘promiscuous’ in their fintech usage.

Many of you would be aware of the age old saying "jack of all trades, master of none."

Never before has this phrase has been so relevant to technology.

In a world where open architecture isn’t just possible, it's driven by unwavering client demand, I am still bewildered to see some technology providers scrambling over how big their slice of the pie is instead of focusing on how good their piece of the pie tastes.

Yes, when it comes to fintech, I believe it’s becoming more important than ever to do a few things really well rather than a lot of things unexceptionally so.

Humour me for a moment - think of financial advisers as the ‘master chefs’ of money - that the good ones know just what they need to ‘bake’ the perfect plan.

They know the customised working space and back office they require to run a busy business efficiently, the same way a chef knows exactly how their kitchen needs to be laid out. Similarly to chefs, they may not all use the same ingredients, but they do seem to have a firm handle on which exact bits and pieces they require in order to produce the perfect strategy to suit each client’s outcomes or goals. With every client's objectives being uniquely different, they’re also only too aware that dishing up a stock standard SoA to everyone who walks through the door is not a palatable service offering.

And with a new generation of advisers and advice seekers comes the demand for a new kind of experience. This is where technology has taken centre stage.

No wonder so many advisers are getting excited about fintech. They are now given the opportunity to tailor their services and run their businesses so uniquely, because technology is not only making their lives easier, it’s giving them and their clients choice. Real choice. And with the push for software integration stronger than ever, advisers no longer need to only make one choice (when it comes to tech).

Advisers have long been demanding the ability to choose the ‘ingredients’ for their practice from a variety of different locations instead of having to pile up the entire trolley with tech tools from a one-stop shop.

In the US, tech companies seemed to have heard adviser’s cries, with ‘narrowcasting’ well on the rise. Indeed, instead of trying to be the whole pie, tech businesses in the US are narrowcasting on the few things they do extremely well and offering their niche set of elements to the market rather than trying to monopolise it.

Several technology providers in Australia have followed suit and are reaping the fruits of their labour.

The way this approach to technology really has a chance to flourish is through open API. With more software applications being developed with open architecture and the ability to integrate with third party applications, advisers can now afford to be a little more promiscuous with their technology choices – choosing providers to fulfil different parts of their business needs, providers who can ‘lock lips’ with anyone.

Having software systems that can speak to each other means advisers are able to custom build the technology that supports and drives their practice – sounds a bit like a ‘Technology Utopia’, right?

Why? Because not enough fintech providers in the Australian financial planning landscape have come to the party. And just like any really good party, you need all the cool kids to turn up.

It’s a bit strange to me that there are some tech firms so determined to do everything, and stranger still is that they raise the drawbridge on their applications – making it impossible for other software to integrate with them. I know this frustrates advisers because they tell me so, nearly every day.

Disregarding the needs and requirements of your clients and target market logically doesn't even make sense.

More importantly, the onset of fintech and start-up mania - where businesses began to purely focus on solving one efficiency in the market (and doing that brilliantly) - marked the end of providing complete ‘end to end’ solutions some time ago.

Competition has turned into co-opetition.

Exclusivity has become inclusivity via integration.

‘Out of the box’ is out, and custom built is in.

Only now, software companies aren’t the only architects – advisers are too. If we as technology providers are forward thinking enough to embrace becoming one of the building blocks rather than the master builder, we have a real opportunity to create something very cool – and most of all, something advisers (and their clients) actually need.

When it’s all said and done, isn’t that what innovation is supposed to be about?

Naomi Christopher is the senior manager, brand at Midwinter. 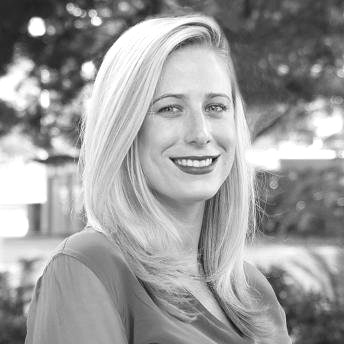