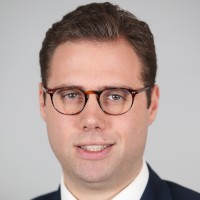 "Robo-advisers get more coverage than Donald Trump," the head of a wealth management 'aggregator' lamented with more than a little tongue-in-cheek.

Twelve months ago, when I first toured the US with Implemented Portfolios and friends, there was a palpable sense of optimism about robo-advice. The names Betterment, Wealthfront, Personal Capital and Motif were thrown around like they were the hottest new major league baseballers, with big end of town execs all very eager to demonstrate they were not out of touch with the Silicon Valley invasion of financial services.

Robo was proclaimed to be the 'new norm' in wealth management, with advisers being given an ultimatum to adapt or die.

While the headlines have by no means subsided, the US industry seems to have calmed a little on this topic over the past year, perhaps switching Kool Aid to a more sensible water to quench its thirst.

The entry of the major players into the game - with Vanguard and Charles Schwab releasing their own in-house-developed offerings, and BlackRock recently acquiring pioneer robo Future Advisor - has both legitimised these tools while also removing some of the shine and the fear of barbarians at the gates.

Meanwhile, the aforementioned first-movers we heard so much about in 2014, the cool tech-savvy leaders of the robo revolution, have spent millions of their venture capital-backed seed funding in advertising and marketing with negligible gains in assets under management.

"It is very, very expensive to create a consumer brand in the United States," a BlackRock executive tells us, having conducted research on the business models of the robo pioneers in recent months.

The large household name investment houses by contrast have been able to easily use their existing communications reach and distribution to market their new toys.

But while the hype has diminished, this doesn't mean there are not robo-like developments underway at the level of the adviser practice, as anticipated on last year's tour.

Realising that their quest to go direct to the consumer was easier said than done, the robos have changed tack, focusing more and more on B2B channels, especially advisers. While the early movers were out with their megaphones, in the shadows a number of more financial services-aware entrepreneurs have been targeting solutions directly to the tech needs of advisers.

One such start-up - the Pershing-backed Marstone headed by former Merrill Lynch adviser and west coast tech exec Margaret Hartigan - spoke to us about the strong traction from advisers, if not direct investors.

For Marstone, automated investment is not a stand-alone proposition but something to be white-labelled and plugged into an existing advice process, compatible with platforms, financial planning software etc. in order to drive efficiencies and cater to more tech-savvy clients (not necessarily just millennials, as is often assumed).

Thus, the robot revolution has given way to a much more popular and accurate term: digital advice.

In this more mature model it is understood that the automated technology can't survive without the human adviser supporting it.

Asked to weigh in on this issue, a prominent behavioural psychologist speaking to us at Van Eck's New York headquarters said non-human automation can never really get the risk profiling and asset allocation components of the advice piece right.

IP's Santi Burridge, the tour's founder and recent winner of the Industry Thought Leader category at the ifa Excellence Awards, is certain that the robo-adviser doesn't pose a threat but at the same time digital advice is an essential part of creating a consistent, transparent and efficient client experience.

The boffins in San Francisco may still think the battle to cut out the adviser can be won, but coming up against an increasingly behavourial science-aware and goals-focused advice profession, I don't like their chances.