Deals are being struck by industry funds and advice firms where animosity once reigned, but has enough water passed under the bridge?

For years industry super funds waged an expensive (and arguably successful) campaign against retail financial planners. On bus stops, billboards and primetime television, prospective clients were hit with consistent messaging that can only be described as propaganda: advisers cannot be trusted and they are better off getting intra-fund advice.

The dispute raged not only at the small business level, but between the sector lobbyists as well, with a high profile legal spat between the Financial Services Council and Industry Super Australia over default fund selection doing little to calm the fires.

In more recent times, industry funds have had PR issues of their own, with a Royal Commission into Trade Union Governance and Corruption lifting the lid on financial ties with various funds and a spate of alleged misconduct, including leakage of confidential member data.

And yet, against this backdrop of mistrust and animosity, some in the financial advice industry have been busy trying to mend the burnt bridges, with dollar signs a clear impetus.

The FPA was the first to move, announcing a referral partnership with Cbus – an industry fund that has attracted particular heat during Royal Commission hearings – in 2014. While initially met with scepticism by some members, the pilot program was eventually rolled out more widely and was followed by a second deal with Sunsuper in early 2015.

Non-aligned dealer group Infocus Wealth Management has also announced two deals, one with First Super and the other with TWU Super – both of whom have strong historic links to the trade union movement – for the provision of comprehensive advice to fund members in the private homes.

Not only was this deal emblematic of a new compact between the non-institutional advice and industry fund sectors, but Infocus boss Rod Bristow said showing "respect for industry funds" helped him clinch the deal. He also said the funds were attracted to the independently-owned structure of the licensee, given their well-publicised scepticism of the major institutions.

Should a more collaborative relationship between advisers and industry funds become widespread, it will almost certainly be the non-aligned sector that reaps the rewards.

Speaking at the recent Association of Independently Owned Financial Professionals offshore conference in Shanghai, former Local Super CEO Nick Szuster suggested there has been a paradigm shift within the boardrooms of industry funds when it comes to the advice they provide their members.

The traditional "embedded" model – whereby advisers licensed by a third party such as Industry Fund Services were literally placed within a fund – is losing traction, Mr Szuster said. the industry funds are saying they don't have full control over [these advisers] and they are sort of a 'halfway house'," he said, predicting that the referral model will take its place as the dominant model.

The fact that Mr Szuster has joined the AIOFP – a group that has been historically militant in its support of advisers and hostility to rival sectors – in a full-time capacity to head up strategic alliances with industry funds is telling in itself.

The former fund boss said his former competitors have a penchant for independent advice providers with high levels of education and training, putting non-aligned providers in the driver's seat.

But while this all sounds peachy, how this plays out in practice is anyone's guess – particularly with the thorny issue of a codified best interest duty.

In order for these deals to be a success, presumably advisers would be ill-advised to move large amounts of business away from their new partners. And yet, how can an independently-minded adviser restrict their client to just one super fund in the age of fiduciary duties and open APLs?

The FPA and Cbus have been quiet about the details of their arrangement, while the Infocus deals are in the very early stages. Asked about this issue of fund recommendation, Mr Szuster said the elimination of conflicted rem should also eliminate any incentive to move the client out of a particular fund, adding that industry funds would take a "dim view" should their referral partners be advising members to get out.

When it comes to industry fund/adviser collaboration, perhaps a more business-minded and less emotional response to industry funds is warranted. Then again, given the track record, advisers would be forgiven for maintaining some healthy scepticism.

Look out for a more in-depth feature on this topic in the next edition of ifa.

An award-winning business journalist, Aleks has broken some of the major news stories affecting the financial planning and wealth management sector in recent years. Prior to joining Sterling Publishing, Aleks spent a number of years abroad, cutting his teeth in the London trade press and as a freelancer in West Africa. He has a Masters in Media Practice and Bachelor of Economics from Sydney University. He was crowned Editor of the Year (Business) at the Publishers Australia Excellence Awards 2014. 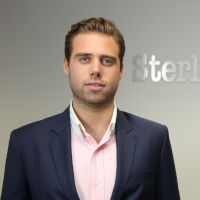