Aligning your interests is simple

Combined, the two reports, which weigh in at over 450 pages, deliver nearly 60 recommendations to address the problems with Australia’s financial system.

The majority of those changes are aimed – either directly or indirectly – at lifting professional standards in financial planning.

Once again, ASIC is asked why it didn’t take action earlier. Understand though that blaming the regulator for this tsunami of bank scandals is missing the point.

Here’s the point.
Banks sell product. Their distribution channels exist to sell that product. In our industry, though, selling is called advising … but if the remuneration is based on volume of product sold (commission or asset fee, same thing) then what’s the difference? Nothing, it would seem from the trend of enforceable undertakings that ASIC is handing out like lollypops at a circus.

The Financial System Inquiry is calling for the banning of upfront commissions in life insurance. This will, the report claims, put an end to churning and bring adviser focus back to client interests.

“Charge for your advice then”, say the consumer lobby groups.

“But the consumer won’t pay what it costs,” says the insurance industry.

For decades, financial products have been moved by advice that has been given away for free; the cost of delivery was bundled into the product’s costs (commissions). So the recipient of the advice who paid nothing for it placed no value on the advice; the value was always placed on the product.

But now the public is acutely aware of the perils in conflicts of interest. Advice suddenly assumes a value in its own right. If legislation forces a wedge between advice and the product then the real cost of advice is revealed.

A few years ago, a study was published that showed a gap between the value consumers place on advice and the cost of delivery according to planners. The public was prepared to pay $600 but planners wanted to charge $3,000.

Whenever the perceived value of a product or service is lower than its real cost then there are three possible solutions:

Failure means extinction. It remains to be seen how the insurance industry deals with this one. For as long as it continues to argue the toss, the public’s conviction that it isn’t to be trusted grows.

Aligning your interests with the client’s is a simple proposition – just turn indie. Exactly how to do that has always been the challenge because the industry makes it very, very tough to escape.

The path is forged, however. 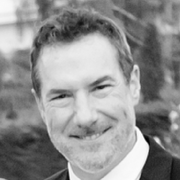