History repeats itself as fear drives markets yet again. To add value one has to be a contrarian investor.

Fear has a way of gripping the market, leading investors to cling together and suffer from inferior investment returns. Despite a familiar pattern of how genuine long term valuation anomalies play out over time, it is the same issue that prevents the majority from taking advantage of opportunities; the fear of being seen to be different from the rest of the crowd.

In fact, this is one area where the market has actually regressed over time. Such fear has never been stronger and unfortunately it is a recipe for sub-standard investment results.

The market will continually try and force one out of making a good decision, using macro events such as Greece, Italy, Spain and Cyprus to grip investors with fear, which leads the market to be much more volatile than the underlying businesses it represents.

Regardless of all the charts adorning office walls highlighting the need to avoid being greedy at the top of the cycle and fearful at the bottom, which is exactly how the financial services industry has behaved. The paradox of the increased layering of risk control processes is that it does not avoid risk, it avoids opportunity. It serves to further remove the decision maker from the facts and thus perception plays a more important role than ever.

However, this fear feeds opportunity. The opportunity lies where no one else is looking. The Global Financial Crisis (GFC) is a stark example of this. When the US housing market collapsed the epicentre was Las Vegas and the due diligence confirmed this is where the opportunity would lie. Combined with an Australian dollar above parity, this should have been seen as a ‘no brainer’ and yet, few had the courage to take on this investment.

Opportunities in the market come from identifying long term valuation anomalies that arise from either a severe cyclical event that is transitory in nature, or business qualities that are simply under-appreciated by a market that is typically pre-occupied with short term macro noise.

It is impossible to identify when the consensus investor will recognise that valuation anomaly, so to ultimately be successful, one must be willing to endure the market testing our patience and trying to worry us out of our position. Investors who have done well over the past twenty years, have taken advantage of the opportunities created by market events, including the Savings and Loans Crisis in 1990, the technology crash and commodities boom in 2000, the global brewing consolidation theme in 2004 and finally, the US housing recovery via US property and retail banks in 2009.

What is most noteworthy is how the recent experience with US housing related investments is like a time warp to the Savings and Loan (S&L) Crisis back in 1990.

The perception of the quality of houses in Las Vegas at that time was completely misguided due to the severe fall in house prices. The reality was double digit rental yields in high quality; “gated communities” at prices dramatically lower than a just couple of years prior. Testing the resolve of the contrarian investor once again.

Our conviction on this opportunity has played out well for our investors. But a lot of hard work went into proving this investment thesis, which has played out for us over the last twelve months. It also required a certain degree of bravery given the pressures of the environment and the advice we received from external constituents.

I expect the themes dominating our portfolio to be early in their life cycle but at the same time, we are also looking for the next opportunity. I can only encourage individuals to try and look forward, not back, and be brave enough to shake the tree so that their investment control processes and investment committees are ahead of the curve and not behind it.

To ultimately add value, one has to be a Contrarian investor. 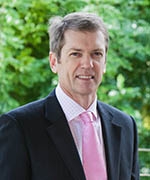 Paul Moore is director of PM CAPITAL and has more than two decades' investment experience.

Since its establishment in 1998, PM CAPITAL has won several awards including; the Sydney Morning Herald Boutique Skilled Fund Manager of the Year Award in 2003, Best International Fund 2004 at the Asia Hedge Fund Awards, InvestorWeb Rising Star 2004, the Citigroup Golden Calf Award for the Best Emerging Fund Manager for 2004 and the Money Magazine Best of the Best Award for Best International Share Fund in 2007.

Prior to starting the firm, Moore was employed with Bankers Trust Australia (1985-1998) as Head of the Retail International Equity Group