With the volume of cash sitting in super funds, the recent cash rate cut should seriously concern both members and advisers.

It seemed like everyone except George Soros was surprised when the Reserve Bank of Australia (RBA) dropped the cash rate to a record low of 2.75 per cent on May 7. The market had, nevertheless, priced in by almost 100 per cent the chance of a cut in June, so if the economy needed a cut then the sooner the better.

Expectations of another cut by the end of the year still exist in some camps.

With the high level of cash sitting in many super funds, this drop in rates should be of great concern to the holders of the funds, their advisers and – particularly – the government, which may well end up needing to fund the retirement of these cashed-out pre-retirees.

In addition, with rates sitting at historically low levels, advisers need to find ways to boost their clients’ income; but firstly, they need to give some serious thought to risk.

The grip of deflation ravaging the world is now our clear and present danger.

Core inflation is around the lower level of the Reserve Bank’s target band and they are worried. The wall of worry is now going to get higher. Self-funded retirees and other organisations that are dependent on investment earnings to sustain their viability will now look at regressive measures to curb activity.

The elusive credit growth that low interest rates are supposed to produce relies heavily on confidence. Unfortunately, that confidence is not present as the mining boom recedes and employment across the whole economy is fragile.

Restructuring, caused mainly by the negativity of a persistently high currency, dwells on the psychology and threatens to take us further down the road of Japanese stagflation.

The RBA believes it will fight the currency war through narrowing interest rate differentials. The fact is that Australia had become the caretaker of one of the hardest and most sought after currencies in the world as we adjust to operating under the label of “the Switzerland of Asia”.

So how should advisers respond to this situation? One measure is to look for active cash management strategies. Simply leaving cash in cash deposits will not deliver the income your clients need. But what advisers also need to be aware of is the temptation for investors at these times to target higher risk income products.

It’s often during these times that unscrupulous ‘investment managers’ prey on investors’ insecurities and fill them with false hope of fail-safe returns. Who can forget the pre-GFC advertisement for one of the many failed ‘fixed interest’ investment schemes – the one with the elderly lady jumping for joy at her letterbox, waving a cheque and later, sipping a cocktail on a sun lounge during her dream cruise.

How these advertisements were ever allowed to air is staggering to most of us now. Hopefully, most investors have learnt the lessons of the past. But advisers will do well to remind their clients that ‘fixed income’ does not mean ‘without risk’.

It now appears clear that rates will remain low for some time. When rates are low, the celebrations from anyone with a mortgage tend to drown any negative or cautionary voices. But low rates present yet another challenge for advisers, and one that is important to address.

As with so many issues in financial planning, diversification and active management are crucial. If your clients are not already doing so, now is the time to ask them to rethink their cash management strategies. 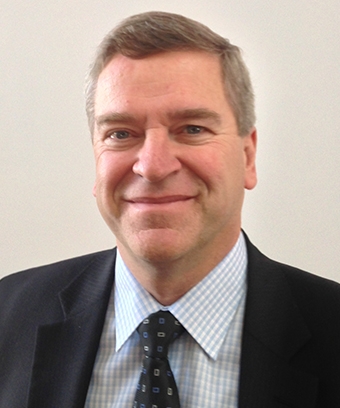 He has worked in Banking and Finance for 35 years, with 30 of those years in Capital Markets.

Sheahan was appointed Chairman of the AFMA Long Term Securities Committee for two years between 1999 & 2001.