The Adviser Association has confirmed a merger.

The Authorised Representatives Association (ARA) will merge with the Adviser Association (TAA), after its members voted to close the 40-year-old association.

Members of ARA, which represents around 90 charter financial planning advice businesses and approximately 250 advisers, voted for the closure of the association at an extraordinary general meeting in April.

The merger, effective 1 July 2022, is expected to give the consolidated body a “stronger voice”.

In welcoming ARA members into TAA, CEO Neil Macdonald said, “We are very much looking forward to representing ARA members and supporting them as they help clients achieve better financial outcomes.”

“Our two associations have a long history of working closely together via numerous consultation groups and this merger will give us an even stronger voice in what continue to be challenging times for advisers,” Mr Macdonald said.

He believes the merger will also allow for greater collaboration.

“As we have consistently said, in order to move forward, the financial advice community needs to genuinely collaborate.

“The merger will enable us to deliver a more united message in our ongoing communications not only within our own community, but also with the media and with the government,” Mr Macdonald said.

Earlier this year, chatter about a potential merger between the Financial Planning Association of Australia (FPA) and the Association of Financial Advisers (AFA) was shut down, with the bodies playing down their intentions when approached by ifa.

Namely, speaking to the ifa at the time, AFA CEO Phil Anderson failed to address the question head on, noting that the bodies are “working closely together” on a range of matters, including having joint meetings with politicians and the regulators.

“We also have a joint taskforce that is focused on the future of life insurance advice. This approach is, in part, responding to the view that financial advice needs to speak with a united voice, which is a message that we have been getting from Canberra for some time.

“We will continue to work together on issues, where we are aligned and where that is to the benefit of members. We also work with the other associations in the advice space.”

Similarly, the FPA board said in a statement given to ifa that it has close to ties all associations within the financial services sector.

“As a board, we are continually focused on doing what is right for members and the profession and consumers more broadly,” the statement read.

“There are no immediate plans for any mergers, although we do believe that some consolidation of the associations representing financial planning and advice could be a positive move for the sector.” 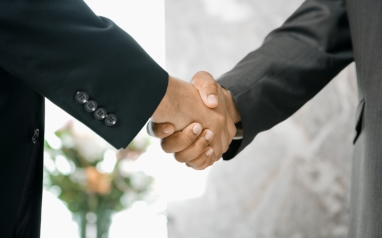 The firm said the challenging market environment had impacted its half-year results. ...