A number of key groups in the advice industry  have submitted a joint Quality of Advice Review (QAR) submission to Treasury.

The Joint Associations Working Group (JAWG) – made up of 12 key associations including the AFA, FPA, FSC, SIAA, The Advisers Association and CAANZ  - has called for a more consumer-focused regulatory approach, reduced costs and a better recognition of professional judgement for financial advisers.

In its submission, the JAWG put forward a number of recommendations, including a regulatory regime “that supports an advice process aligned to professional judgement and the situations of individual consumers guided by professional standards, as opposed to compliance with prescriptive regulation”, the removal of the safe harbour steps from the Corporations Act, access to up to date and “reliable” data within the financial services sector and the retention of professional standards and education requirements.

“Existing regulatory requirements are confusing, complex, and overwhelming and mandate a one-size-fits-all advice process that neither caters for, nor considers, the individual needs and circumstances of each consumer,” the JAWG said in a statement on Tuesday.

“This could be addressed by ensuring advice is less costly to produce and presented in a way that is meaningful and more easily understood by individual consumers, under a principles-based, consumer-focused regulatory framework that encourages professional judgement.

“The JAWG calls on the Quality of Advice Review to take up these recommendations to reduce the compliance burden and deliver affordable and accessible advice to more consumers.”

A number of industry groups have already issued their QAR submissions to Treasury in recent weeks, including some of those featured in the JAWG such as the the FPA, AFA and SIAA, as well as ClearView.

“These reforms will be taken into consideration as part of the regulatory framework that specifically applies to financial advice,” Ms Levy said at the time.

“However, the review will not be undertaking a detailed analysis of the operation of these reforms.”

Meanwhile, speaking to ifa prior to the federal election in May, AFA CEO Phil Anderson predicted that any major changes for the industry would not be addressed until the release of the QAR in December.

“We are not expecting any major announcements on financial advice policy during the course of the election campaign, as we expect that both parties are going to rely upon the Quality of Advice Review to drive the agenda for fixing the issues in financial advice and making financial advice more accessible and affordable,” Mr Anderson said.

The QAR will be provided to government by 16 December this year. 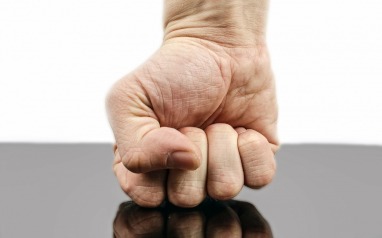