Inflation has emerged as a key risk for bond investors, a new report from Zenith has suggested, but the firm believes that the worst may be over.

In its latest fixed interest sector report, Zenith Investment Partners identified the past year as “one of the worst bond routs in history”.

“The sea of red ink was a painful reminder of how the risk/return payoff of investing in bonds has changed over the past two decades,” Zenith said, referencing the sell-off in domestic fixed interest markets over the past seven months.

In fact, according to Zenith’s Australian Fixed Interest (AFI) review, focused exclusively on bonds, the median manager delivered a net return of -7.89 per cent, underperforming the Bloomberg AusBond Composite Index which returned -7.48 per cent.

Taking a look back in history, Zenith said that since the Global Financial Crisis, a number of factors created an inevitable scenario for investors, whereby their portfolios had lost their yield cushions and were fully exposed to future inflation shocks and interest rate rises.

“The yield cushion of the AFI benchmark had declined over the past decade, to a point where in late 2020, the benchmark couldn’t absorb a 25-basis point interest rate hike, before offsetting the prevailing YTM of the benchmark and triggering capital losses. Hence, we can’t really be surprised that we subsequently experienced such a large drawdown once the inflationary environment changed and yields increased,” Zenith said.

Moving forward, however, Zenith believes that “most of the pain is behind us”.

The investment manager is of the opinion that future rate hikes should have a moderate impact on bond portfolios, but only assuming the Reserve Bank (RBA) is effective in providing forward guidance.

“What we do know is that when the RBA implements interest rate rises, government bond curves tend to flatten, or in other words, long-end bond yields rise less than the actual rate increases,” Zenith said.

“Intuitively, the market looks through the hiking cycle and focuses on the impact of the rate rises on economic growth, inflation, wages and the implications for future cash rate settings.”

According to the firm, the pace and magnitude of the RBA’s approach to returning monetary policy to a neutral setting will ultimately determine the level and path of bond yields.

“Long bond yields have typically peaked when the central banks reach neutral and often before the eventual peak in the cash rate.”

With government bond yields up by more than 250 bps since 2020, Zenith also suggested that the diversification benefits of allocating to AFI have now improved.

“With the recent spike in bond yields, managers have been able to build valuable yield buffers into their portfolio, which should provide some positive real returns over the medium term and protection in the event of further inflation spikes.”

Over the long term, Zenith’s capital market assumptions suggest that an annual return of between 3 and 3.5 per cent is to be expected. 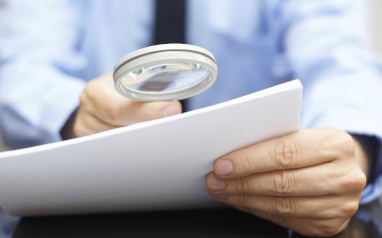 news
0 commentsjoin the conversation
news
‘The more they see you, the more they trust you’: Why advisers need to embrace social media
ASIC urge businesses to make ‘long-term’ commitment to cyber awareness