Findings from a new study into investor behaviour have been released.

Research from Cerulli found that many investors reach an “inflection point” in their 50s when they choose to act as self-directed investors or engage with a financial adviser.

Because of this, the Boston-based global research and consulting firm has suggested that it is “critical” advisers connect with investors before this decision is made.

The research also identified an increase in the number of independent self-sufficient investors (“self-directed”) and investors heavily dependent on the involvement of a professional adviser (“adviser-reliant”) as they enter their 50s.

“Adviser-seekers” – whom Cerulli said have the characteristics of self-directed investors but are actively look for more or new advice -  are the ones to watch.

“Investors in their 50s are at a crossroads. These former advice seekers can either turn over control their trusted advisors or use the knowledge they’ve captured over the years to take a more active role in the ongoing management of their portfolios long-term,” Cerulli director Scott Smith said.

“These investors want one-on-one help but likely have yet to accumulate the assets to drive suitors to their doors,” Mr Smith said.

“It’s imperative to create valued relationships with these investors as they mature into optimal clients.”

The research comes after Morningstar issued a white paper last week looking at the adviser-client relationship and what makes someone trust a financial adviser, outlining that “the best-interest standard is paramount”.

“One attribute clearly rises above the rest: ‘When my adviser acts in my best interest.’ The overwhelming support for this attribute reiterates the importance of the fiduciary standard in advising,” the paper read.

“Our findings indicate that a person’s willingness to trust, delegate, and recommend an adviser likely has the same underlying drivers, as evident by the similarities between the average ranking of attributes.” 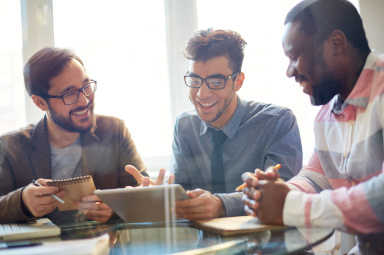