Financial advisers in Australia have a massive opportunity to incorporate health in their business to help its growth, according to a local MetLife director.

Appearing on a new episode of the ifa Show podcast, MetLife Australia’s head of customer strategy and propositions, Matt Lippiatt, said recent changes in consumer behaviour and regulation has forced some advisers to re-adjust their value proposition.

“And advisers everywhere are looking for, ‘how can I broaden out my value add to my clients and take advantage of that?’ So rather than seeing it as a threat, seeing it as something positive and an opportunity to grow their business,” Mr Lippiatt said.

“… one of the things I had observed in talking to advisers as I get the opportunity to do get out there in the market, I think one of the things that's maybe held advisors back from making it a bigger part of their business is perhaps a lack of confidence.

“’Do I have the expertise or the credibility to be taken seriously when it comes to people's health?’ And really, I think that that's quite a legitimate concern, but it needn't be a blocker.”

Mr Lippiatt noted the research MetLife conducted a few years ago which looked to ascertain what would make consumers who had a financial adviser most likely to refer them to. The study found that the common answer for respondents was the frequency of the review cycle and that those who had a review in the last 6 months with their adviser was four times more likely to refer them.

He said this is where incorporating health comes in.

“… when you start to broaden out your conversation or the breadth of the conversation to incorporate people's health, you've got this valid reason, if you will, to be back in front of your client much, much more frequently than perhaps you otherwise would if you didn't have it as part of your offering,” Mr Lippiatt explained.

“So this is where I see the opportunity. And so I guess that's where if you're wanting to find a reason to incorporate this as part of your proposition to customers or your clients, that for me would be one of the standout reasons.”

Listen to the full podcast with Mr Lippiatt here. 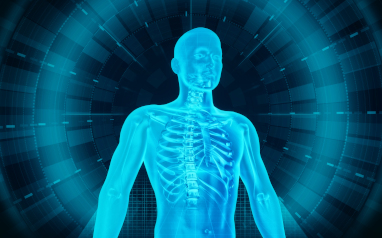