Ten ‘quick fixes’ for the federal budget have been proposed by Chartered Accountants.

Ahead of today’s budget, Chartered Accountants Australia and New Zealand (CA ANZ) has called on Treasurer Josh Frydenberg to take action on a range of issues spanning superannuation, taxation and government assistance.

Among the proposals put forward by CA ANZ are an extension to the low- and middle-income tax offset (LMITO) and the replacement of the annual cap on super contributions.

“Reform and budget repair conversations are tough, and aren’t politically palatable, we get that. The looming 2022 federal election also makes it likely this won’t be a bad news budget,” said CA ANZ group executive, advocacy and international Simon Grant.

“But the budget speech – and the opposition’s reply – provides a forum for the major parties to start talking about how they will go about post-election budget repair.”

As part of the accounting body’s suggestions, the annual superannuation cap would be replaced with a lifetime contribution cap and the government would also provide for joint spousal super accounts.

“The superannuation ‘glass ceiling’ is real, and these two steps could go a long way to making things fairer for women, allowing them to make more contributions later in life and catch their super balances up to their male peers,” said Mr Grant.

“These measures will have the added bonus of reducing compliance and administration costs for consumers and super funds.”

Mid-tier firm BDO also proposed that the current contributions cap could be replaced with a lifetime cap in its pre-budget submission.

In regard to the LMITO, Mr Grant said that the offset should be extended as it maintains balance to the tax system and provides support to workers that need it the most.

The government should also make pay-as-you-go more accurate to ensure low-income workers aren’t unfairly penalised and are able to receive more of their take home pay earlier according to Mr Grant.

“There is no longer any need to slug these workers an arbitrary 20 per cent tax rate for working a second or third job trying to get by,” he said.

“Let’s provide our lowest paid workers with access to their ‘full’ pay earlier rather than waiting for tax time. These workers are most in demand right now and face the greatest cost-of-living pressures. It just makes sense.”

CA ANZ also called for the temporary shortcut method for individuals claiming work from home expenses to be made permanent.

For businesses, the accounting body said that the loss carry-back provision should be made permanent while the “backpacker tax” should be fixed and new arrangements for working holiday makers introduced to provide certainty.

Recommendations made as part of the Board of Taxation’s review of small business tax concessions should also be implemented according to CA ANZ.

Furthermore, new rules should be introduced for local online platforms to ensure GST is captured in all sales similar to what applies to overseas platforms and the Tourist Refund Scheme should be abolished to deliver a saving of more than $100 million per year.

Finally, the body said that rental assistance should be increased for older Australians.

“Our members work closely with people from all walks of life. One of our major concerns is about retired single people with minimal assets or income other than the pension or that receive rental assistance,” said Mr Grant.

“Many of these people – mostly women – are struggling with the cost of living and are under strained circumstances.” 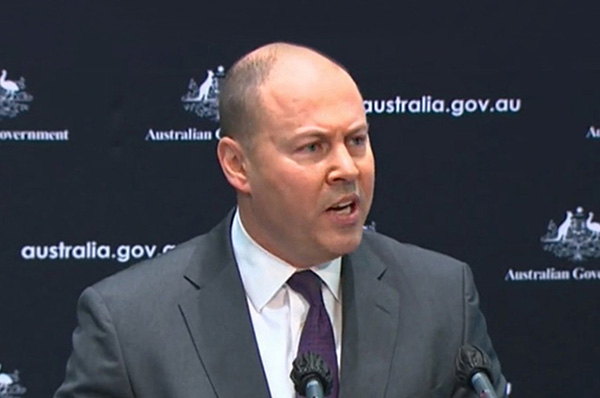